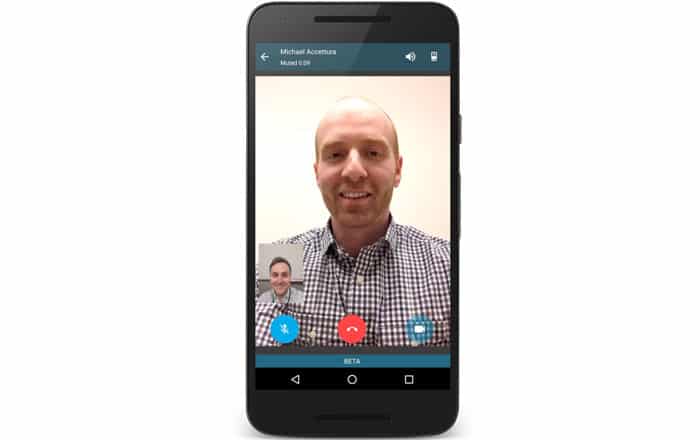 The BlackBerry Messenger or BBM as its popularly known has just received a video calling feature on its Android and iOS apps. This trait has been around on its BB 10 version since quite a while, but it’s for the first time that it’s arriving on third-party platforms.

However, there’s a big catch to this release. It has been made available in the form of a beta, and can only be accessed by those who reside in the US and Canada. BlackBerry has moreover said that it won’t arrive in other nations before July this year.

Once eligible users have updated their apps to the latest version of BBM, they won’t be needed to sign-up or approve anything in order to start using this feature. All they need to do is tap the icon to initiate a call to someone, and the prompt will then tell them that this call can also be a video call.

This is of course keeping in mind that the person you’re calling too is eligible for a video call. Do take note that this feature is still in beta, and this could lead to bugs and performance issues. Video calls on BBM is cross-platform in nature; so it doesn’t matter what OS you have on their smartphone when you’re indulging in one.

BlackBerry now has an Android handset of its own in the form of the Priv, and it hence makes sense for it to have all its services offer the latest experience on this platform too. The new versions of BBM can be downloaded now through the Google Play store as well as the Apple App Store.