BlackBerry’s attempt to port its BBM experience onto third-party platforms has received another boost, even as its Windows Phone version is ready for public testing. The instant messaging software has let go of its private beta tag and has entered an open beta stage.

Interested parties, who won’t mind finding bugs and discrepancies within the application can opt to start using it right way, while those who wish to dive into its final version will have to wait for a few more days. But we can now see what this app will looks like and which are the features it carries over from other platforms. 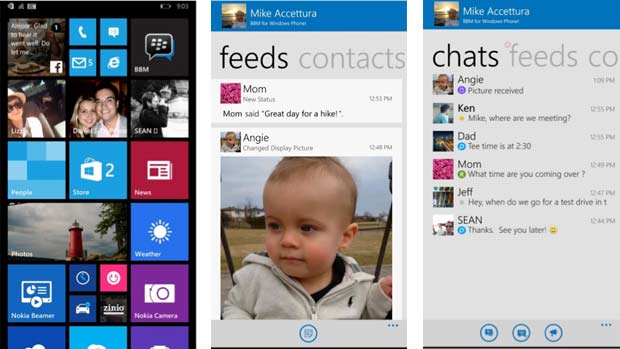 The usual BBM chats will of course be made possible, allowing users to also share pictures, voice notes, contacts and locations with others. Additionally, this release includes support for Groups of up to 50 contacts, where you can share photo albums, calendars and lists. And then there are Broadcast messages which allow you to send a single message to large number of selected contacts.

Although an array of emojis will be accessible, stickers have been left out of this release by BlackBerry. Furthermore, BBM for Windows Phone ships without features like BBM Voice, BBM Channels and Glympse location sharing. But the Canadian company has made it clear that these will be made available in the months to come.

Those who wish to get into the BBM for Windows Phone private beta can sign up for it at the BlackBerry BetaZone. Limited applications will be accepted at first, following which a waitlist will be created.