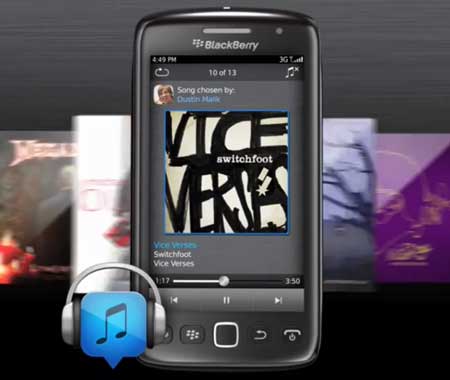 RIM aficionados may have more reason than one to smile this holiday season for AT&T, Sprint, T-Mobile and Verizon BlackBerry 7 subscribers can now enjoy the BBM Music service. Announced back in August, this could based service has paved its way into the BlackBerry App World.

Users possessing a handset complete with the BlackBerry 7 OS can share music with their BBM friends as well as discover melodies that suit their preferences with this new development. Furthermore, the company has announced that users can try the free trial version of RIM BBM Music service. The length of time that this trial variant will be available depends on the carrier. Music lovers can groove to licensed tracks from companies like Sony Music Entertainment, Universal Music, Warner Music Group and EMI.

Interested users can head to the BlackBerry App World storefront to download the app. They can then begin sharing music with their family and friends who also have the application installed in their phones. Users will be required to access the ‘media folder’ on the handset and select the BBM Music icon to get started. Furthermore, melody buffs have the choice to set up their own music community. Around 50 tracks can be added to profiles and 25 songs may be exchanged on a monthly basis.
AT&T subscribers using the BlackBerry 6 platform or BlackBerry Device Software 5.0 may probably see an icon which is for the BBM Music app on their BlackBerry Bold 9000, Bold 9700 or Curve 9300 handsets. This particular icon may either surface in the downloads folder or the device’s homescreen. On selecting the icon, users will be directed to the BlackBerry App World from where they can get their hands on the BBM Music app by downloading and installing it onto their handset. 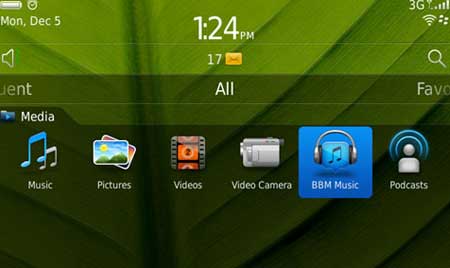