BBM for Android to launch by September end 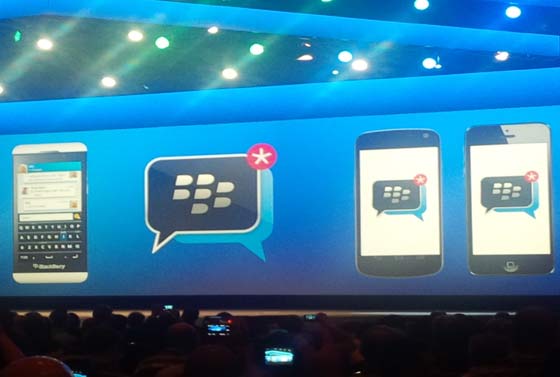 One of the many reasons to buy a BlackBerry smartphone, which is the BBM IM services, is soon to land on Android and iOS devices this summer. This information we already know about, but the latest bit of news has brought in a more precise timeframe which is slated as September 2013. Confirmation of the application’s arrival has surfaced curtsey of the managing director for BlackBerry India.

Sunil Lalvani has mentioned these details to IBN Live during the launch event for the company’s budget-friendly, yet pricy, Q5 smartphone which is currently retailing in the country for Rs 24,990. As per the report, the company’s MD affirmed that the BBM for Android service would launch by the end of September. As for the iOS version, there’s no confirmation as, but users can expect it to arrive before summer comes to an end.

The BBM for Android application has been speculated from a very long time now. The first bits of its existence surfaced back in 2011 when a couple of the app’s screenshots managed to hit the web. Back then, rumors suggested that it would reach Google-powered devices in 2012. Well, it wasn’t until May of this year that an official announcement was made where the company confirmed the application.

BBM for Android is expected to come with the same features it delivers to the BB10 platform. Some of them include the ability to send instant messages and voice notes as well as have group chats and even video conversations with friends.

September isn’t far of and if the words of Sunil Lalvani are anything to be believed, Android users are just a few months away from gaining access to BBM.