BBM to debut on Windows Phone through Nokia Lumia 630?

Yes, there are high possibilities that a BBM app will come pre-loaded on the Nokia Lumia 630 and of course, will appear on the Windows Phone Store soon as well. This possibility has been conceived due to a combination of previous reports and rumors as well as a recently leaked image.

It’s been a flip-flop kind of a situation from BlackBerry’s end when it comes to plans about a Windows Phone version of its popular messaging application. After initially announcing that there won’t be any such release for Microsoft’s mobile platform, it later changed its mind and revealed that BBM will indeed make its way to it. 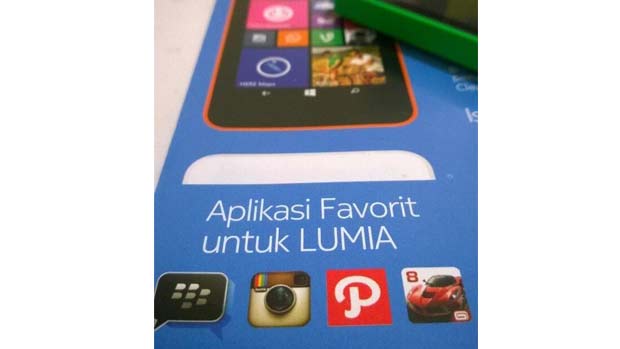 After months of development, the app finally seems to be ready for publishing. An image of its logo has been spotted on what appears to be promotional material for the Nokia Lumia 630 in a certain country where it is yet to be released. This picture which comes from a Redditor named ziyadgamal (via Phone Arena) has indicated that BBM will be a pre-installed utility on the Lumia 630.

At one time, BlackBerry’s instant messaging service one of the most used all over the world, and it enjoyed a huge following among enterprise crowds. But its adoption started slowly decreasing, with people opting for other operating systems, and the Canada-based brand was forced to port its app to Android and iOS which it did last year.

And now it seems, its bid to increase the amount of BBM subscribers to even greater quantities will soon be bearing more fruit through the Windows Phone application.