Windows Phone absentee BBM is slated to hit the platform sometime this month, and it seemingly wouldn’t take long from now for that to happen. That’s because a private beta for the application has landed on the storefront already, with the only catch being that it cannot be downloaded.

As Windows Phone Central has pointed out, you have to be on the list of testers to be able to get a crack at private beta versions of apps. So it’s confirmed that some users are currently accessing BBM through their Windows Phone devices right now. As for the question of when it will be made available to everyone, it still remains unanswered. 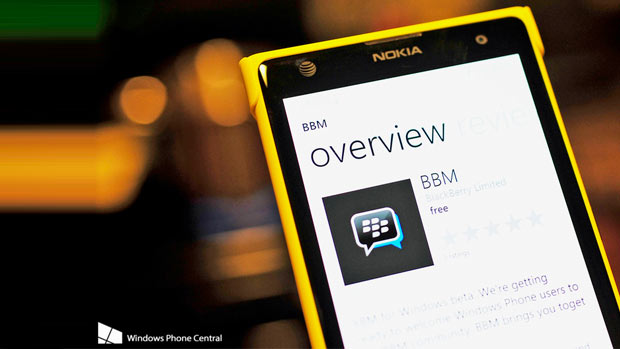 However, those eagerly awaiting its coming can take this private beta as good news as it means BBM is pretty close to getting published on the Windows Phone Store. Mystery also surrounds aspects like how it will look and what sort of features it will carry over from its BB 10, Android and iOS versions.

BlackBerry is currently struggling a great deal to keep itself afloat in the smartphone league which is being dominated by Android and iOS devices. In such a scenario, a product as established and as trusted as BBM is a shiny ray of hope for the Canadian company. And going cross-platform is an absolute necessity if it hopes to compete with big IM players like Whatsapp, Facebook Messenger and more.

We’ll make sure to let you know when BBM will exit is private beta and be made available in a full-fledged manner through the Windows Phone Store.