BlackBerry has announced the release of a fresh version of BBM that’s meant for Android and iPhone devices. Aimed at streamlining key aspects of the software, this new update pushes it to version 2.2 and makes it easier for new users to sign up for it, while also introducing a few more interesting additions.

A simplification of the sign up process means that first time users will only need to enter their name, email address and password in order to get going with the app. Of course, those who are already on BBM won’t be affected by this change in any way. 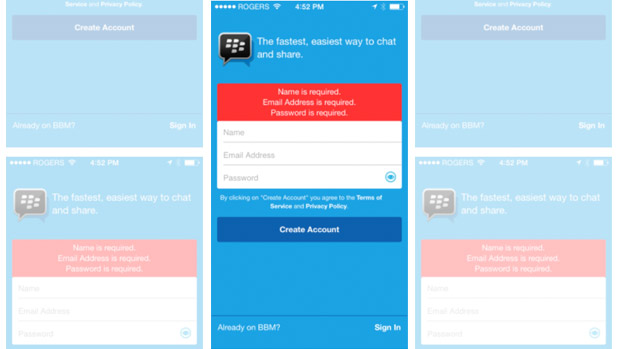 Moreover, this version of BlackBerry Messenger also improves the way you add new BBM contacts through email. Thus, when you receive a BBM invite by email, all you need to do is click on a link and all the rest will be handled by the application, eliminating the need to send a PIN invite back.

16 fresh emoticons including those signifying a hotdog, a hacker, hot lips and more form part of the update as well. Aside from these, another change is that the name of the ‘Updates’ tab has been changed to ‘Feeds’ in order to ‘better represent what you find there.’ This tab is meant for displaying the latest statuses and profile photos of your contacts as well as new stuff shared by the Channels you follow. 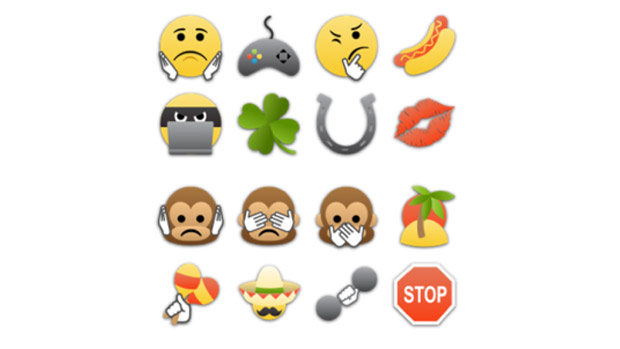 While BBM v2.2 has already reached the Google Play store, it will be making its way to the Apple App Store in the days to come. BlackBerry has also teased a big update for the BBOS and BlackBerry 10 versions of the app which will be announced soon.