The BBM app for Android and iOS was confirmed long back, but the launch date of the messenger has been let out only now. Owners of Google-certified devices can download the application from September 21 onwards, that’s this Saturday, while it will hit iTunes a day later on September 22. This doesn’t come as much of a surprise considering that the company’s Managing Director of India had disclosed the Android version’s details back in July at an event organized for unveiling the BlackBerry Q5.

BlackBerry Messenger will now allow customers of the two aforementioned platforms to connect with their friends through BBM Chat. Just like WhatsApp and some other instant messaging services, it lets people know if their messages have been delivered and read or not. You can send pictures or voice notes and even broadcast messages to all the members in the contact list simultaneously. Group chat option has also been tossed in, permitting 30 people to chat at once. In addition to this, you can post status updates and personal messages and even add a profile picture to your account. 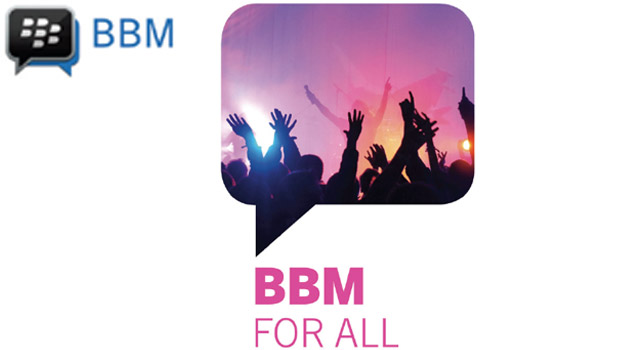 Furthermore, the BBM PIN function is retained and users will get unique numbers as soon as they sign up to use the application on their Android or iOS devices. Thus, they are not required to give their mobile numbers or email IDs to connect with others. The service lets subscribers choose contacts and the way they want to share their information with them, says a post on the official blog.

BBM for Android is compatible with smartphones and tablets operating on Ice Cream Sandwich or later platforms and the iOS app can be downloaded on devices running iOS 6 or 7. It will be available for free.