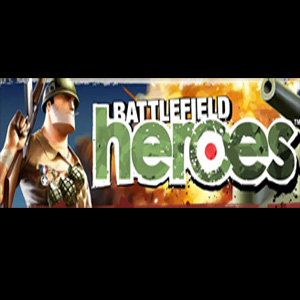 Battlefield Heroes happens to be the latest game from the same team called DICE that developed Battlefield 1942 and Battlefield 2. This company is based in Stockholm.

This game is very easy to play and also features a built-in matchmaking system which ensures that all players of equal skill are paired together for fair and just play.

According to Ben Cousins, Senior Producer at EA DICE, “We put a different twist on this Battlefield game going with the cartoon-style graphics and gameplay. There’s something here for all types of players- be it our core Battlefield fans or casual gamer.”

“With the new online model, we will continually add new content to keep the game fresh and keep players engaged, while integrating player feedback in real time. As a game developer, it is such a cool new way to make games,” added Cousins.

Since Battlefield Heroes is a Play 4 Free PC game, DICE generates revenue for this game though advertising and micro-transactions.

Battlefield Heroes is scheduled to release on the PC platform as a free download from here in summer 2008.