That small piece of hardware which you’re seeing in the space below is a portable charger called the BatteryBox which has been infused with advanced technologies that help differentiate it from other similar products in the market. For starters, it’s powered by an energy management system named BatteryOS, and it houses in itself a whopping 12,000mAh battery.

To give us an idea of the capacity of this upcoming product, its makers have said that it can be used to run the MacBook Air for 12 hours or a MacBook Pro for six hours. Moreover, it is capable of charging eight iPhones on a single complete charge. It even features an LED status indicator for letting you know just how much juice is left in it. 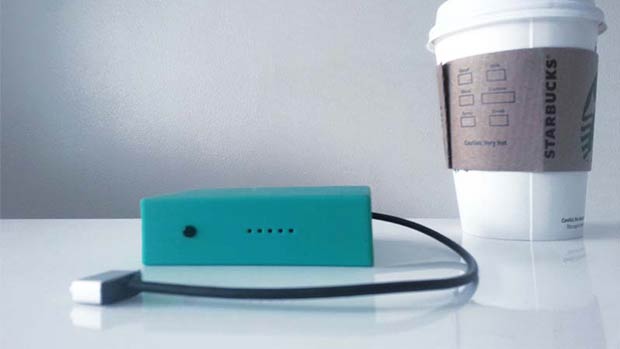 BatteryBox is home to a BatteryOS power management system which provides an innovative new way of controlling rechargeable lithium-ion batteries. Thanks to this trait, the product is able to hold a higher capacity of battery power which most importantly, doesn’t degrade over time. This means, the BatteryBox will still retain 96% of its capacity after 5 years of usage.

Sized at 0.98 x 2.63 x 3.55 inches, this incredibly portable charging solution features one USB port and one microUSB port, and is compatible with almost any device that’s charged via USB. The BatteryBox will begin shipping during this fall, but it can be pre-ordered now through its official site. Its price has been set at $139.

Facebook
Twitter
Pinterest
Linkedin
ReddIt
Tumblr
Flip
Previous articleMove along smartphones and smartwaches, LG has come up with a Smart Bulb
Next articleWill.i.am claims to have developed a smartwatch, and he isn’t phunking around