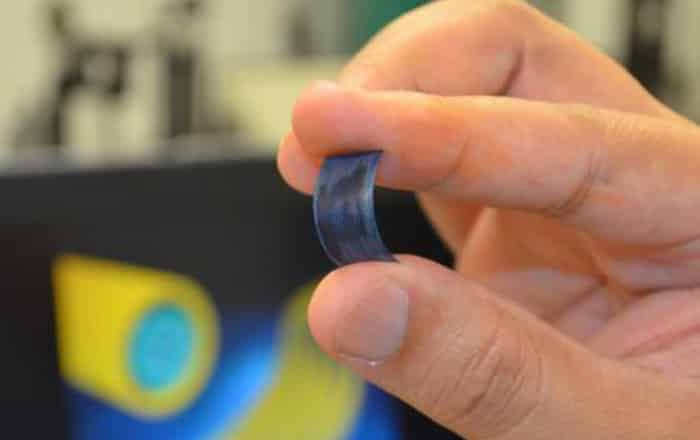 Despite advancements in technology, battery life is still a key issue being faced by many people when it comes to their smartphones. A group of University of Central Florida (UCF) scientists have now come out with an intriguing solution to this problem which may just spell the end of such woes.

The researchers have developed an entirely new process for producing flexible supercapacitors which are capable of storing more energy than standard batteries. They can also be recharged more than 30000 times without showing major signs of degradation, a sharp contrast to lithium-ion batteries which can be powered up less than 1500 times without noticeable failure.

This feature could prove to be a game changer since current powerhouses being used in handsets usually begin degrading after 18 months, with their charge capacity correspondingly lowering with time. Postdoctoral associate Nitin Choudhary claims that replacing ordinary batteries with the new supercapacitors could translate to phones charging in a few seconds.

He goes as far as to assert that such devices wouldn’t have to be charged again in a week. He further stated that the scientists work on small electronic devices resulted in the creation of materials which surpassed conventional ones when it came to energy density, cyclic stability, and power density.

The enhanced supercapacitors are coated with newly-discovered two-dimensional materials which are just a few atoms thick. People have known about the capabilities of such substances for a while now, but its potential can only be realized now that the UCF team has developed the novel way to integrate the material.

The researchers used a simple chemical synthesis to do so, with a highly conductive core giving way to rapid electron transfer for fast charging and discharging. Sadly, the technology isn’t ready for commercialization yet as it’s currently at the proof-of-concept stage.

If advanced, it has the potential of being applied to not just making safer smartphones, but to electric vehicles and wearables as well.