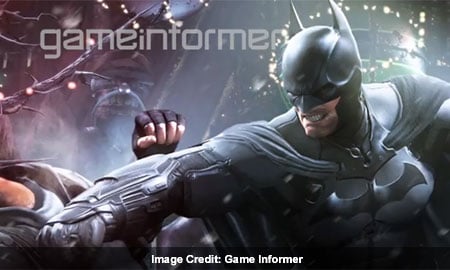 Warner Bros. Interactive Entertainment and DC Entertainment have announced that Batman: Arkham Origins, the next in the Batman Arkham video game franchise, is in development for the PS3, Xbox 360, Windows PC and Wii U and has been given a release date of October 25, 2013. In addition, there is a version for the 3DS and PS Vita portable consoles called Batman: Arkham Origins Blackgate also scheduled to arrive on the same day.

Sadly, the PC and home console title is not being developed by Rocksteady Studios, and instead will be built by WB Games Montreal. It will feature a large Gotham City environment and comprise of an original prequel storyline, set many years before the events that we’ve seen in Arkham Asylum and Arkham City. Eight of the world’s best assassins have come together on Christmas Eve to eliminate the bat. 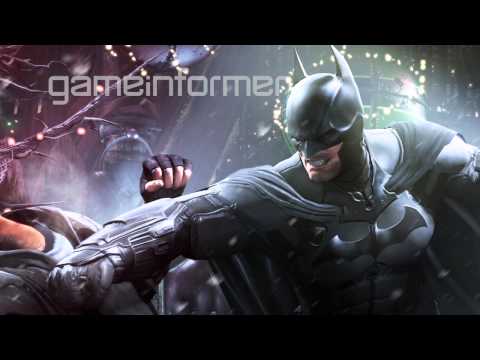 Due to the setting, the criminals have not yet established themselves and the Dark Knight is only finding his feet. The game, set on the streets of Gotham City, will capture the first time Batman meets certain characters that are really important to him, interactions which will define his relationships with the villains of the literature.

Eurogamer is reporting that the title will be twice as big as the previous. Also, the north half of Gotham will be similar to that seen in Arkham city, while the south part is reserved for the more elite class and will be characterized by skyscrapers. The report even sheds some light on the gameplay elements. For example, the website says that most of the combat and stealth mechanisms will return, but there will be new toys. 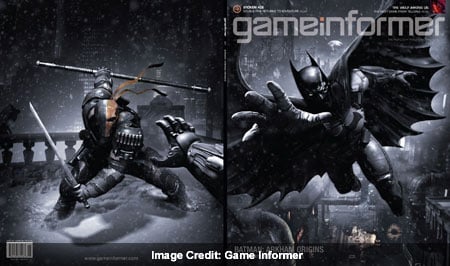 It’s suggested there will be a ‘remote claw,’ allowing players to latch on to two ‘targets’ and then pull them towards each other, which opens up the possibility to a new level of combat. The game will appear in the May issue of Game Informer magazine, in which a lot of details have apparently been revealed. We’ve posted a picture of the cover above.

The Blackgate version is being developed as a 2.5D game by Armature Studio. It should also feature elements like free-flow combat and the stealth and detective modes of the console version, and players will be able to interact with items in the foreground and the background. 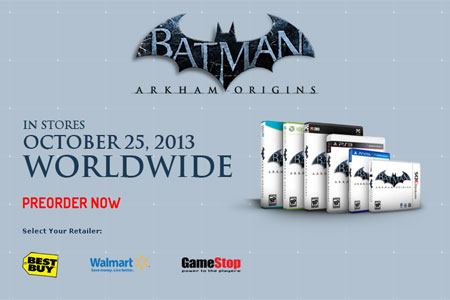