The circle it seems is complete, now that Warner Bros. has almost given up on hopes of getting Batman: Arkham Knight running normally. The publisher has announced that refunds will be given to anyone who has bought it via Steam, irrespective of how much of the game they have played.

Through a fresh statement, Warner Bros. has apologized to gamers who still continue to be unhappy with the PC version of Batman: Arkham Knight. The firm has revealed that they can apply for a refund until the end of 2015, and can also get their Season Pass money back in case they’ve purchased that as well.

As for those who will decide not to return the game, the company has promised that it will continue to address the issues that it can fix. We wouldn’t bank on that assurance though, as the makers have already used up more than three months in order to try and get things working again.

Batman: Arkham Knight was first released in June this year as the third main installment to Rocksteady Studios’ much loved series. It was launched for PC as well as the PS4 and the Xbox One. While the two console versions worked fine, the PC edition was found to have tons of technical flaws and performance problems.

It was soon noticed that the PC version wasn’t developed by Rocksteady at all, as its helm was in the hands of a lesser known studio named Iron Galaxy. The same month, Warner Bros. suspended all sales to get its issues sorted soon and make it available again. 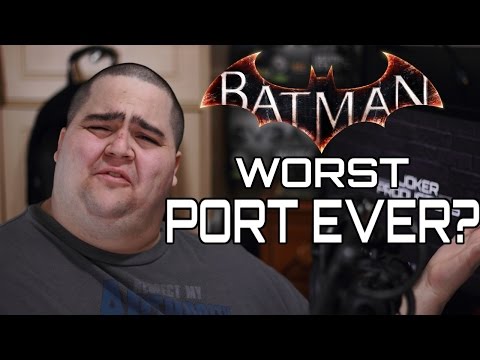 On October 28, the game went on sale for a second time, but fans were surprised to find out that it still had several performance issues. It’s this development that has finally forced the publisher to offer refunds on Steam to all Batman: Arkham Knight PC players.