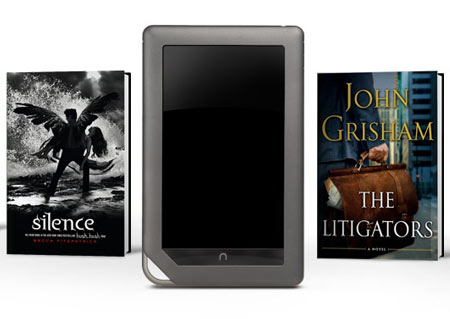 After its 16GB sibling was put up for pre-order back in November last year, the Barnes & Noble Nook Tablet 8GB variant is next in line to claim the spotlight as the most recent offering from the manufacturer. Along with this new release, a reduced price tag for the Nook Color has also been announced.

Claiming a position as the youngest member of the Nook handheld devices family, this slate is touted to be the swiftest and the lightest option put forth by the company for mobile entertainment as well as reading. Embedded with 8GB onboard memory and 512MB RAM, the new tab is said to possess the same features as its previous 16GB variant.

“For any customer who likes to read digitally, watch movies or TV shows, browse the web, or help their kids read and learn through interactive books and apps, our new $199 Nook Tablet with 8GB is the best product value on the market,” explained William Lynch, Chief Executive Office of Barnes & Noble. 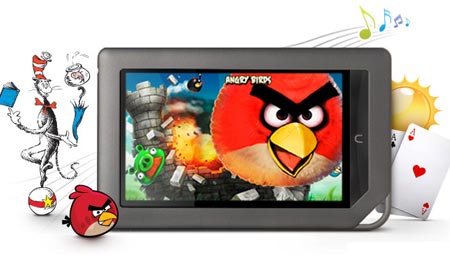 “Nook Tablet is the highest-rated wireless media tablet in the 7-inch class, ultra-portable at under a pound, offers our exclusive VividView screen technology, and since its introduction this holiday has received rave reviews from customers about all its great features. We’re pleased to now offer customers the ability to experience Nook Tablet’s unmatched content experience for only $199,” added Lynch.

A look at the hardware specifications reveals a 1GHz dual core processor and a battery that should provide reading time of up to 11.5 hours. For ardent book lovers, this gadget gives access to a host of comics, newspapers, magazines and more, which are made available by the company.

The Barnes & Noble Nook Tablet price and availability details have now been revealed. It can be grabbed from the official Nook website for $199.99. This slate will also be sold soon through Best Buy, Walmart and Target. The Nook Color can now be picked for $169.99.