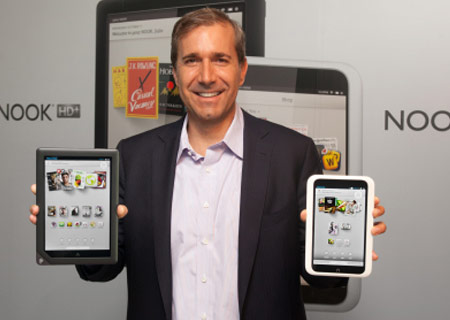 The Barnes & Noble Nook HD has landed along with price and release details. This budget tablet is clearly trying to elbow its way into the Nexus 7 and Kindle Fire party before it’s too late. And by that, we mean the holiday season.

Painted in shades of snow or smoke, the device can be picked up in 8GB and 16GB capacities for $199 and $299, respectively. The slate has a 7-inch 1440 x 900 IPS display that offers visuals in 243ppi sharpness and there’s HD video playback at up to 720p. Barnes & Noble has even gone ahead and made a comparison to the Kindle Fire HD by saying that the new Nook’s screen renders 25% more pixels than what the Amazon product delivers.

The tablet works on a 1.3GHz dual core processor and 1GB RAM. Those who find 8GB or 16GB to be insufficient storage space can add up to 32GB more room through embedded the microSD card slot. In terms of the entertainment content available to customers, the Nook Store has more than 3 million books, there’s Nook Video which will be released along with the gadget in October, Nook Catalog, apps and more. 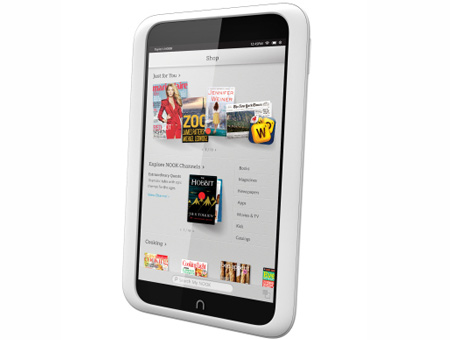 Though there’s nothing really concrete on the Barnes & Noble Nook HD US release date, it is slated to start shipping in the latter half of October and reach store shelves in November. The device is already up for pre-order stateside. Fans in the UK should be able to reserve one starting from next month, while it will be available online and via major retailers in late November.