Banned torrent sites in India to be unblocked by ISPs 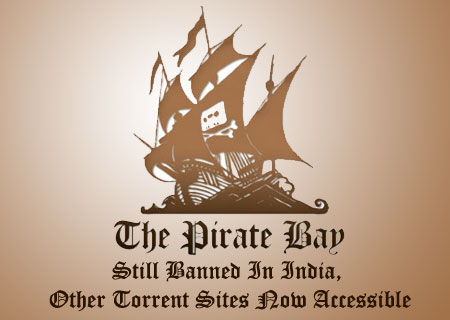 The fight against online piracy took a new turn in India 2 months ago as ISPs blocked popular torrent websites and now the Madras High Court has lifted these restrictions. According to the Madras High Court, only specific web links should have been blocked and not the entire website.

So this would mean that service providers in the country will restore access to restricted websites. According to MediaNama, the restrictions were removed as a result of an appeal which was filed by a group of ISPs in the country. The plea put forward requested that only links containing the infringed content should be blocked instead of restricting access to entire websites.

The order which was issued by the aforementioned court on June 15, 2012, states, “The order of interim injunction dated 25/04/2012 is hereby clarified that the interim injunction is granted only in respect of a particular URL where the infringing movie is kept and not in respect of the entire website. Further, the applicant is directed to inform about the particulars of URL where the interim movie is kept within 48 hours.”

Various torrent download websites such as isohunt.com, extratorrent, torrentz.eu, kat.ph, kickasstorrents.com and torrentfunk.com, as well as video sharing services like Vimeo and DailyMotion are now accessible in India. However, restrictions on The Pirate Bay still seem to be in place. Navigating to the website brings up a message which reads ‘This website/URL has been blocked until further notice either pursuant to Court orders or on the Directions issued by the Department of Telecommunications.’

With ISPs in India providing access to previously banned torrent sites once again, the anti-piracy flames seem to have been doused for the moment. But we’re certain the war against piracy in the country is far from over.