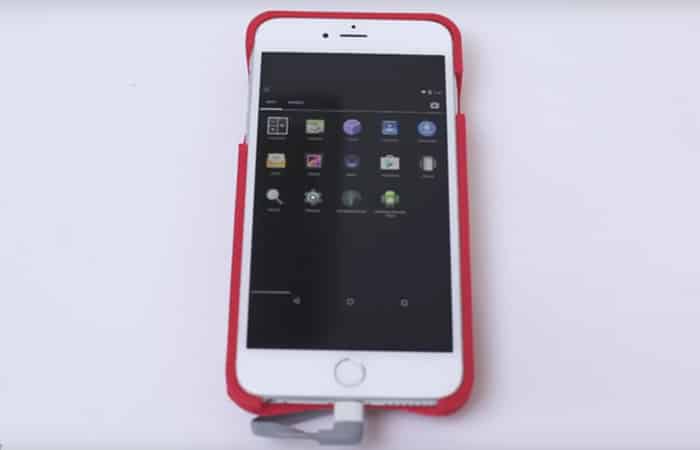 While the battle between iOS and Android will rage on for all eternity, one man has come forward with a genius solution to enjoy the best of both worlds. US-based firm Tendigi has created a ground-breaking case which can transform your iPhone into an Android phone running Marshmallow.

Tendigi CTO Nick Lee had to deal with countless obstacles to make this a reality. He’s got the experience for the job, given that he’s the same guy who got Windows 95 to run on an Apple Watch. The main thing which made this entire endeavor possible was the fact that Android is an open source project, meaning anyone can duplicate the OS if they wish to.

Lee decided to do exactly that, but with an iPhone. He built a 3D-printed case for the initiative, stuffing it with components like a battery and HiKey LeMaker Android development board. He even managed to slip in HDMI, USB and microSD card slots, solving the lack of memory expansion support plaguing iPhones in one fell swoop. 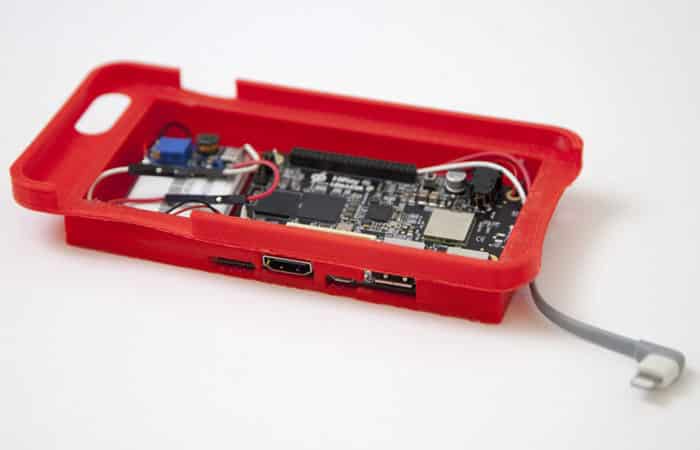 As can be seen in the video below, Lee connected the case to the iPhone 6S via the latter’s Lightning port. He then launched it directly to Android by tapping on a custom-made Tendigi app. The result seems pretty smooth, with minor setbacks such as the interface appearing smaller on the handset.

Nevertheless, it’s an impressive achievement. Lee is essentially using the iPhone as a secondary screen for the Android engine below, rather than actually running Marshmallow through the device. This is actually pretty convenient, since going back to iOS is just a home button press away.

Sadly, Lee and Tendigi aren’t planning on commercializing the case as of now. You can, however, check out his blog on the topic and try to recreate the case on your own, just as long as you have a 3D printer handy.