Here are the US availability details for the LG G2

Three major carriers, namely Verizon, AT&T and T-Mobile, have announced availability details for the LG G2 smartphone, while Sprint is still sticking to its ‘later this year’ release schedule. The device will go on sale via the said providers in chronological order, starting September 12, 2013. Additionally, the South Korean conglomerate has also announced that its flagship is ready for global roll out with Germany slated to receive shipments this month as well.

Verizon will start offering the LG G2 on September 12 for $199.99 with a new 2-year contract, online and in stores. A day later, the AT&T variant will be available at retail outlets, while online sales have already started at $199.99 with a 2-year agreement or $27 per month with the Next program. T-Mobile has announced that the flagship can be pre-ordered online and will be in stock starting the 18th. Additionally, on the 25th, potential buyers will be able to pick up the handset via retail stores nationwide. The device is priced at $99.99 down and you’ll have to shell out $21 for a period of 24 months as well as signup for a Simple Choice Plan. 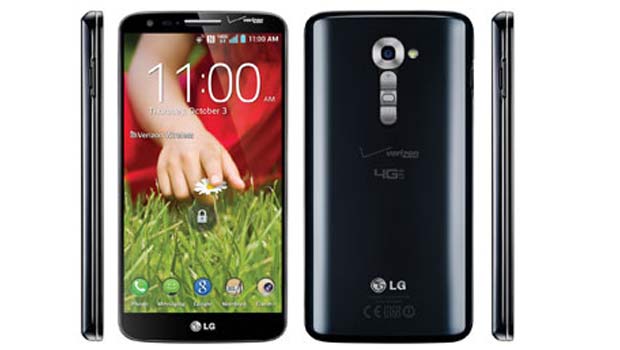 T-Mobile has also mentioned that the Optimus F6 is available to purchase online for $49.99 followed by 24 equal monthly device payments of $10. The 32GB unlocked version of the G2 is currently up for pre-order at $736.50 via Negri Electronics. The company has also launched the LG G Pad 8.3 tablet which is scheduled for global roll-out during the fourth quarter of 2013 in key locations such as the US and Asia amongst others.

So how many of you are going to buy LG’s latest flagship? Or you’d rather wait for the Xperia Z1 and Galaxy Note 3 to be available later this month?