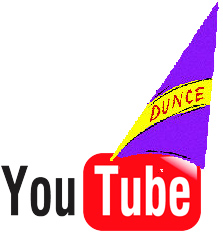 A 15-year old Australian teenager has managed to get hundred of clips removed from YouTube, the popular Internet video sharing Web site. He succeeded in doing so by pretending to be an employee of the Australian Broadcasting Corporation (ABC).

The crafty young boy sent a signed letter to YouTube saying that he represented ABC, the owner of the copyright to a popular local comedy series. He asked YouTube to remove clips from the series called ‘The Chaser’s War on Everything’.

Soon after, the clips from this series were actually removed by YouTube, and were replaced by this message: “This video is no longer available due to a copyright claim by Australian Broadcasting Corporation.”

But soon after, the 15-year old youth was contacted by lawyers for the ABC. According to the Australian Broadcasting Corporation, the boy did apologize.

“Everyone does dumb stuff when they are 15,” said Courtney Gibson, head of ABC television comedy. However, she did mention that was yet unclear why the teen took the action he did.

“We really appreciate that he’s apologized and we’ll be following up with him next week,” Gibson added.

Well, this 15-year old Austrlian boy certainly managed to embarrass the Google-owned video-sharing web site, YouTube. It’s no surprise really, since YouTube has been going through rough waters for a long time now with regards to copyright issues with various media companies.