Come November 15 and you’ll be able to get your hands on the Nokia Lumia 1520 smartphone through AT&T. The carrier hasn’t been very generous with the launch details and it’s yet to list the handset on its website along with price details, but Microsoft has done the needful by making the phablet available for pre-order on its online store.

Previous rumors suggested that the Lumia 1520 would retail for $299 on contract or $699 at full retail. However, that isn’t the case as the handset is listed at $199 with a 2-year agreement and $549 if you’re willing to pay it all at once. Compared to the global version, the one headed to AT&T will have slight modifications, highlights WPCentral. Firstly, there isn’t going to be integrated wireless charging support. 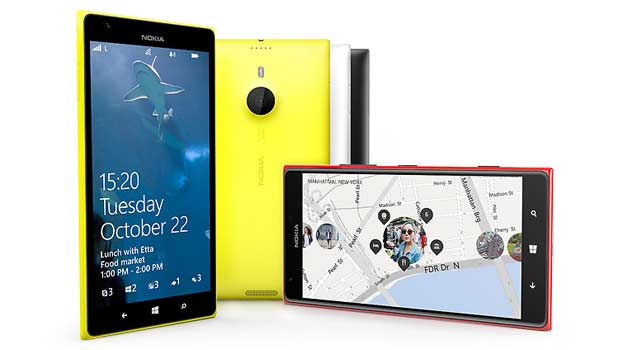 The company has also reduced the internal storage capacity to 16GB, but has retained the microSD card slot which will support up to 64GB. The Lumia 1520 is the first 1080p phablet to run on the Windows Phone 8 platform. The device features a 6-inch touchscreen, 2GB RAM and a Snapdragon 800 processor. A 20MP PureView camera is also onboard.

You can pre-order the Nokia Lumia 1520 through Microsoft’s online store by clicking here. If you fancy the unlocked version and willing to spend a little extra, Negri Electronics is currently listing the device in options of black, white, yellow and red, for $779.50.