The world’s thinnest and lightest waterproof slate, the Sony Xperia Z2 Tablet is set to land in the US later this month, and we now have a report which suggests that AT&T will be laying claim on it at least. While other carriers too are expected to sell the slab, no concrete details about their models can be pushed out as of now.

Proof of AT&T model?
While digging through recently published FCC documents of an SGP521 model from Sony, Engadget found out that it houses a cellular radio capable latching onto any network frequency in the US. But the tests conducted by FCC were meant entirely for LTE Band 17 which is of course AT&T’s domain. Apart from this model, a Wi-Fi version will also be sold by the carrier. 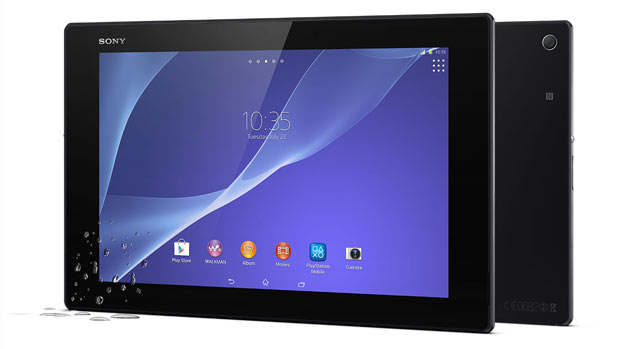 Price?
Sony is yet to announce the price details of the Xperia Z2 Tablet in the US, but we know for one that it’s already been put up for pre-order in the UK at £499 which roughly translates to around $825. Although this amount is a large one, the official US price of the slate is very much expected to hover around the same value.

What’s in the tablet?
This new product from Sony offers you a 10.1-inch display that’s placed on a form factor grabbing just a 6.4mm thickness and a weight of 426 grams. Just like other high-end Xperia devices, it is water and dust resistant and features a long list of advanced specifications.

Release date?
We can say for now that the Xperia Z2 Tablet will be doled out in the US by the end of this month since Sony had mentioned March to be the month of its worldwide rollout. While it’s just an AT&T model that has been spotted, we won’t be surprised to see other carrier-branded versions cropping up soon.

Here’s a look at the device’s main specs: