AT&T has expanded its tablet portfolio with two new additions, the Galaxy Tab 3 from Samsung and the MeMO Pad FHD 10 LTE from Asus. The former device is the 7-inch slate from the series, while the latter falls in the 10-inch segment. Both, however, proffer 4G LTE connectivity and are available for purchase through the carrier.

The Galaxy Tab 3 7.0 is an improved version of its predecessor. It comes in a similar form factor carrying a 7-inch WSVGA touchscreen with 170ppi pixel density. The device is lightweight at 11 ounces and it packs a 1.6GHz dual core Qualcomm processor. The RAM has been increased to 1.5GB and so has the internal memory which is now 16GB instead of 8GB. Additionally, there’s a microSD slot as well. The Android 4.2 platform runs the show tagging along various features from Samsung including WatchON which can be paired with the built-in IR blaster to control a TV set. You’ll also get a 4000mAh Li-ion battery. 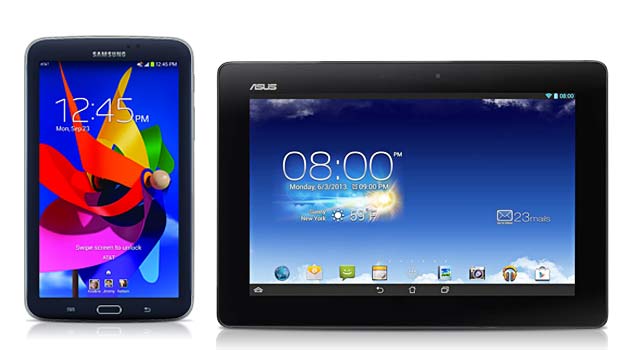