Following a visit to the FCC, the AT&T and T-Mobile versions of LG G Flex have now shown up in the form of leaked press shots released by the infamous and anonymous Twitter account, EvLeaks. Nothing regarding their release date information or pricing details has been mentioned by the account, but it has indeed revealed the model numbers which both these devices will bear.

While the AT&T LG G Flex will feature the D950 model number, the T-Mobile edition of the phone will be dubbed D959. Both will of course kick in support for the 4G LTE networks of the respective carriers. Other than these changes, other components will of course be remaining the same.

Unveiled in October last year, the LG G Flex gains its name from its signature curved P-OLED screen. The smartphone has been blessed with a ‘self-healing’ coating on the back cover which helps it recover from scratches and nicks. Just like LG G2, this device too has its power and volume control buttons placed on its rear surface.

LG G Flex was first released in South Korea, but is yet to make its stateside debut. The smartphone was unveiled for India in December last year, and is slated to hit markets sometime in February 2014. If rumors are to be believed, the carrier-based models for the US too will be made available in the same month. 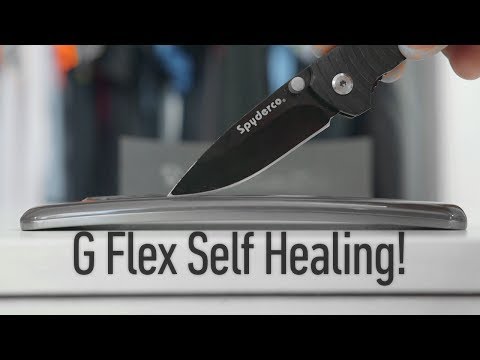