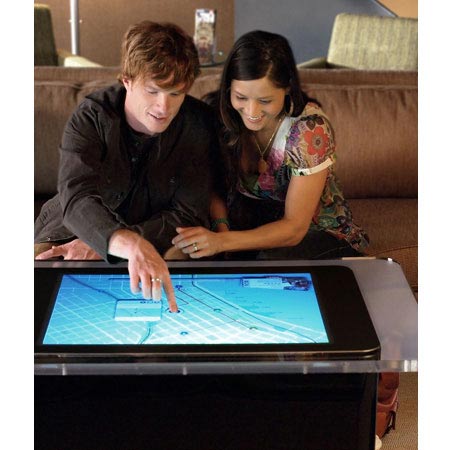 Atlanta, San Antonio, San Francisco, and New York are the cities where Surface has been installed.

Microsoft Surface is a computing device having a 30-inch screen embedded in an acrylic tabletop. The new computer detects and showcases the information of gadgets such as mobile phones, cameras etc. that are placed on it.

Also, the Surface is capable of responding to different hand motions and movements.

“We are thrilled to bring this groundbreaking new technology to our stores so we can introduce customers to their mobile worlds in a very personal and easy way. We look forward to working with Microsoft to continue developing new ways for our customers to learn about the ever-growing lineup of mobile devices and applications,” said Ralph de la Vega, president and CEO of AT&T mobility.

AT&T is been the first company to get Microsoft Surface installed in its stores.