AT&T has revealed that the Samsung Galaxy Gear smartwatch, an accessory meant for the Galaxy Note 3 will be up for pre-order starting today and will start shipping across the US along with the said smartphone from October 1 onwards. The wearable gadget comes drenched in shades of black or white and carries a retail label that reads at $299. Other carriers like Verizon Wireless and T-Mobile will also be selling the device along with the third-generation phablet.

The Galaxy Gear is a Note 3 companion that completely eliminates the need to check the smartphone every time you get a call, a text or an email. All of the notifications are displayed on the accessory and you can even read messages and answer calls, thanks to a 1.63-inch Super AMOLED touchscreen of 320 x 320p resolution, noise-cancelling microphones and a speaker. On the compact gadget that measures 36.8 x 56.6 x 11.1 millimeters and tips the scales at less than 74 grams, the South Korean manufacturer has fitted a 1.9MP camera complete with auto focus and a BSI sensor. 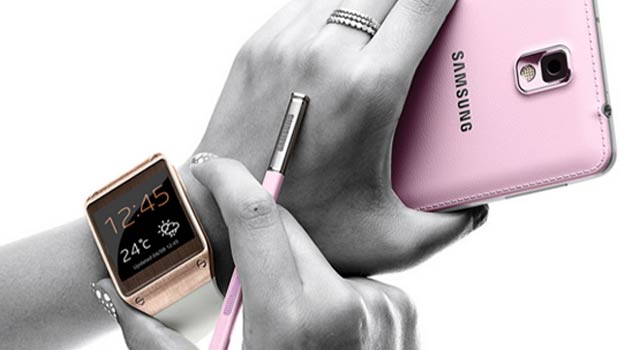 An 800MHz processor is the driving force behind the Gear and 512MB of RAM has also been tossed into the mix. The total internal memory of the device amounts to 4GB. And what’s more, the Bluetooth-enabled smartwatch is deployed with an accelerometer and a gyroscope too, and it draws power from an integrated 315mAh lithium-ion battery.

Interested users can head over to the official AT&T website right away to place their orders for the Samsung Galaxy Gear smartwatch. As we already said, it will set you back by $300 and will knock on your doors in early October.