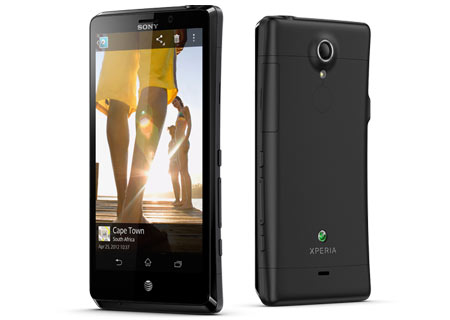 The Sony Xperia TL can be now picked up through AT&T for just below $100 on a 2-year customer contract. Apart from going by the ‘Bond phone’ identity, the handset also happens to be the Japanese conglomerate’s latest flagship device which carries the Xperia T moniker elsewhere.

According to the company, the smartphone aims to deliver rich HD entertainment. For starters, it houses a 4.6-inch 1280 x 720p TFT HD Reality display with shatter-proof scratch-resistant glass, powered by the Mobile Bravia Engine. The Timescape UI has been implemented here for a smooth experience. The rear dons a 13MP AF camera featuring an Exmor R for mobile CMOS sensor and an LED flash. Users will be able to record videos in 1080p FHD and capture stills in normal and sweep panorama styles. If these aren’t enough, the phone is equipped with the xLoud audio filter technology for 3D surround sound and DLNA as well as PlayStation certification.

The Sony Xperia T first made its debut at the IFA 2012 alongside the Xperia J and Xperia V handsets. Apart from the US version which is the Xperia TL, the device is also expected to hit availability status in the UK and Canada sometime this month. It carries a £414 retail tag for the former country. Being the certified Bond phone, users will be presented with a host of exclusive content from the latest 007 movie, which includes behind the scenes footage, interviews, clips, wallpapers, ringtones and much more.

The Sony Xperia TL can be picked up through AT&T’s online store for $99.99 with a 2-year contract. The handset is also available with a 1-year service agreement for $349.99 or commitment-free for a price of $449.99. It can be picked up in black only. 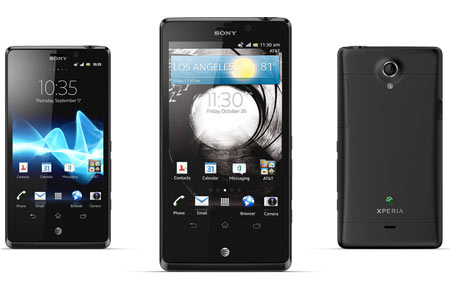 Specifications and features are as follows: