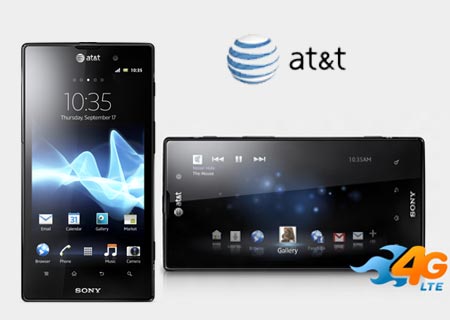 The AT&T Sony Xperia ion smartphone which made its debut back at the CES 2012 is now available for purchase in the US. This member of the Tokyo-based conglomerate’s NXT series is priced at a little lower than $100 and comes pre-loaded with the Android Gingerbread OS. 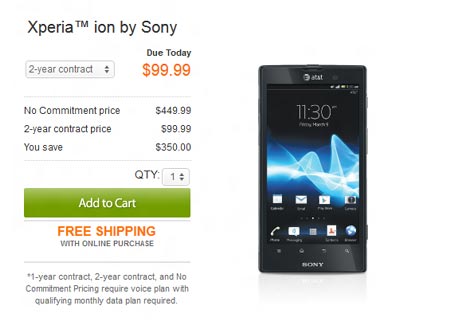 Other features include 16GB of built-in storage that’s expandable up to 32GB via a microSD card, xLoud audio enhancement, HDMI support and battery life which delivers approximately 6 hours and 42 minutes of talktime or up to 850 hours of UTMS standby. On each purchase of the Xperia ion, users are entitled to a 30-day free trial of the premium services deliver by Music Unlimited. Through this, they will be able to access a wide catalog of audio tracks from various artists. What’s more, those who pick up a unit from Best Buy are said to receive a deluxe version of the Maroon 5 Overexposed album pre-loaded on the handset.

The AT&T Sony Xperia ion price amounts to $99.99, while its price on the company’s website and Best Buy sums up to $49.99. The smartphone is now available for purchase in the US along with a 2-year contract.