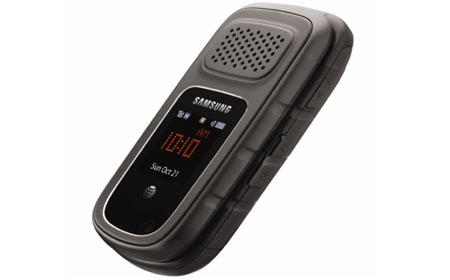 Pre-orders for the Samsung Rugby III which has its price and release date set at $99.99 and December 14, are now being accepted by AT&T. And while this cost is applicable if the device is paired with a two-year Push-to-Talk agreement, the carrier is also offering it to business organizations free of cost with special rate plans. This fifth generation handset in the Rugby series comes with support for the network provider’s Enhanced Push to Talk (PTT) service.

The flip phone features a 2.4-inch QVGA display, and its main highlight is a dedicated PTT button that grants users easy access to faster communication with colleagues. They are able to converse with larger talk groups, and even across different types of handsets. As can be seen in the image above, the Rugby III is a rugged handset. In fact, it has been built to military specifications (810G), making it waterproof, dustproof as well as shock resistant. 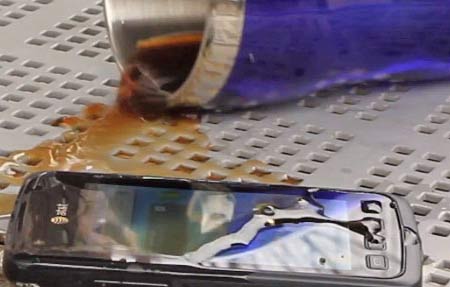 A 3MP camera sits pretty on its rear, that being its only imaging component. One-touch access to GPS Navigation via AT&T’s Navigator service is another one of its important attributes. And then there’s also the various resource management applications from the carrier that it supports. Aimed solely at businesses and organizations, these software are being claimed by the company to bring more visibility into their field operations. The companies will even be able to monitor their employees’ location and activities with the said applications.

A number of phones under this series have been launched by Samsung prior to this. These also include its predecessor called Rugby II (pictured just above) which was launched by the same carrier back in 2010. This flip device was then succeeded by an Android-based handset called the Rugby Smart (pictured below) which possesses a 3.7-inch WVGA Super AMOLED screen. It too is a rugged device that’s capable of withstanding dust, water and falls. This 4G-equipped smartphone can be purchased now through the network provider at $29.99 with a two-year agreement. 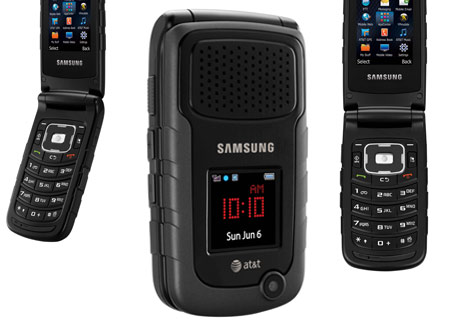 Coming back to the AT&T Samsung Rugby III, this device will be launched by AT&T on December 14 with its cost tagged at $99.99. Business organizations can grab it for free with a number of rate plans that can be applied to it.