AT&T Samsung Galaxy Tab 2 10.1 price and release date are out 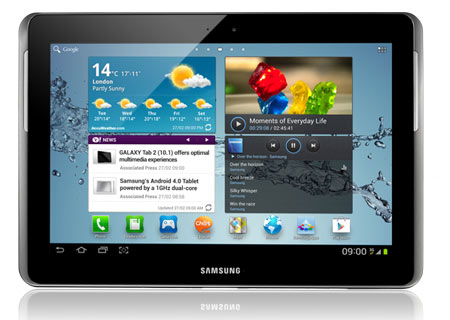 The price and release date details for the Samsung Galaxy Tab 2 10.1 through AT&T have finally been unveiled and the device is expected to hit stores in a couple of days. The tablet arrives with 4G LTE network support and the Android Ice Cream Sandwich OS preloaded for an immersive entertainment experience.

T-Mobile and Sprint will also be launching the device this month. The former carrier is offering the slate at a starting cost of $199.99 with a 2-year contract and a $15 payment for 20 months, while the latter is charging potential buyers $549.99. These variants will be available on November 14th and 11th, respectively. In addition to entertainment features such as Media Hub, Smart Remote and AllShare Play, the company has thrown in various business-ready tools such as on-device encryption and VPN access. 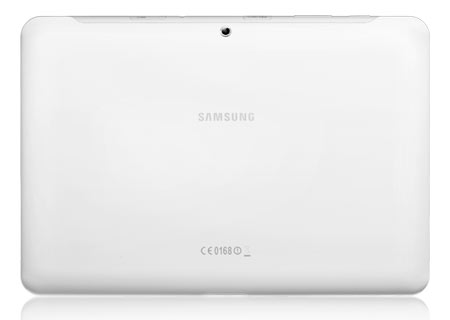 Coming to the specification, the tablet is fitted with a 10.1-inch WXGA 1280 x 800p PLS TFT touchscreen. Tucked away within its slim 9.7mm form factor is a dual core processor accompanied by 1GB of RAM and a microSD card slot supporting up to 32GB of storage. The built-in hoarding capacity hasn’t been specified as yet, although users can expect 16GB or 32GB options. The device weighs 583 grams with a 7000mAh battery. Other features thrown in include Bluetooth 3.0 and Wi-Fi for connectivity as well as dual cameras, a 3MP rear one and a front-facing VGA snapper.

In recent news, the ban against Galaxy Tab sales in the US was lifted. The Tab 2 series comes in 2 flavors, a 7-inch and a 10.1-inch version. Both have been available for purchase in the US, UK and Canada for quite some time now. However, they do not possess any cellular capabilities. The former variant was also launched in the form of a Student Edition bundle which packed in a free keyboard dock and a USB adapter. 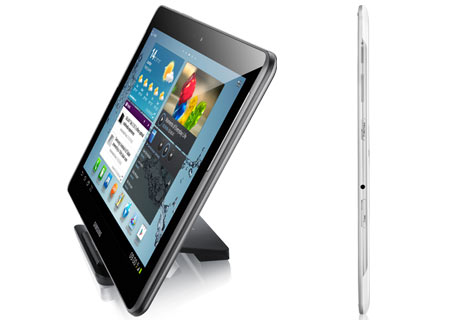 The Samsung Galaxy Tab 2 10.1 will be available through AT&T retail stores and online for $499.99 and it can be picked up from November 9, 2012, onwards. On purchasing the device, users can opt for a new Mobile Share subscription which allows them to build a plan based on their needs at $10 per month or choose one of the carrier’s existing individual or family tariffs.