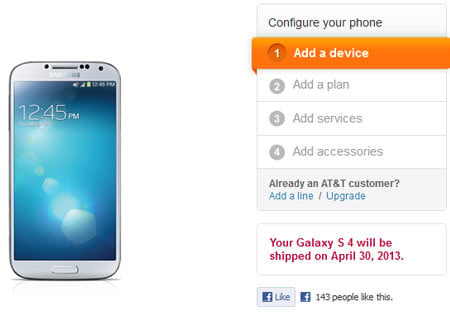 AT&T recently announced through its Twitter account that the Samsung Galaxy S4 release date will fall on April 27, a day after the smartphone goes official in India. The version being spoken of carries 16GB of internal storage and there’s no confirmation as to when the 32GB option will be available.

The good news doesn’t end just yet – The provider has also started sending out emails to all those who pre-ordered the latest flagship, stating that it is scheduled to ship earlier than anticipated. According to Droid Life, customers can expect the phone to be delivered from April 25 onwards, that’s 3 days before it reaches retail outlets. For those who plan on ordering it now, the handset will ship by the end of this month, or so indicates the listing page. 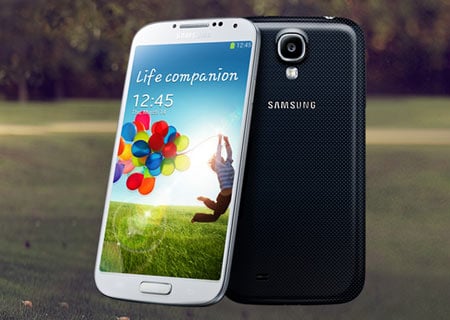 The latest Android platform runs the show tagging along various enhancements from the South Korean conglomerate. They include tools such as Group Play, S Translator, Share Music, Story Album, Smart Pause, Air View, Air Gesture, S Voice Drive and many more. One of the main highlights here is the full HD Super AMOLED display on the front which spans 4.99 inches wide showcasing a high pixel density of 441ppi.

On the inside, potential buyers can expect to find a powerhouse in the form of the Snapdragon 600 processor housing a quad core configuration and a speed of 1.9GHz. Also embedded onto the SOC are 2GB of RAM and the Adreno 320 GPU. The handset’s rear sports a 13MP snapper, while the front houses a 2MP lens. By leveraging the Dual Camera feature, users will be able to utilize both shooters at the same time. 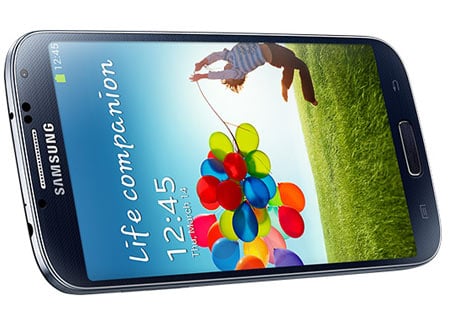 For reminder’s sake, T-Mobile will release the Samsung Galaxy S4 on April 24, while the US Cellular version will arrive on the 30th. Sprint and AT&T will share the same in-store launch date for the smartphone. Where price is concerned, the 16GB and 32GB versions retail for $199.99 and $249.99, respectively, with a 2-year contract on the carrier in question. 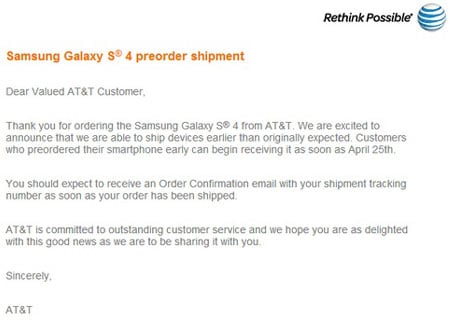 Here’s a quick peek at the key specifications:

Facebook
Twitter
Pinterest
Linkedin
ReddIt
Tumblr
Flip
Previous article
Unlocked HTC One price out in the open, up for purchase in US
Next article
Samsung Galaxy Note 3 will have plastic OLED display, Q4 release date