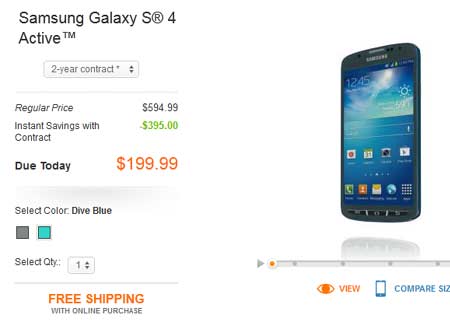 The AT&T Samsung Galaxy S4 Active release date has been officially disclosed for the day after the Premier London event which is scheduled for June 20. We knew that the Samsung smartphone was headed towards the carrier in question thanks to a previous leak, but until now, no mention of this version had been made.

The Samsung Galaxy S4 Active is amongst the three variants of the current flagship that have been tailored for specific segments, namely mid-range, photography and high durability. The device went official earlier this month following a series of leaked images and specifications. Like the Xperia Z (read our review), this smartphone is designed with a rugged form factor that’s IP67 certified. This means it’s capable of being resistant to water and dust. 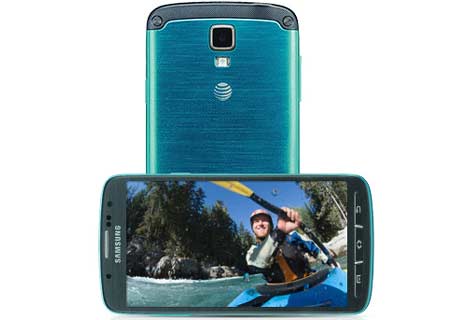 Complementing its durability is the Aqua Mode feature which allows users to capture images and videos when the phone is submerged under water. Compared to the regular version, the Samsung Galaxy S4 Active has a modified set of specifications. The device is slightly thicker at 9.1mm and it weighs a tad more, tipping the scales at 153 grams. The Android 4.2.2 platform runs the show here with TouchWiz on the top.

Buyers will find a 5-inch 1080p display on the front with a 443ppi density, which is an LCD panel and not AMOLED. The rear camera has been demoted to 8MP, while the front 2MP webcam is still intact. On the inside, buyers can expect to find a quad core 1.9GHz Snapdragon 600 SOC, 16GB storage, 2GB RAM and a 2600mAh battery.

Connectivity features have remained the same, namely Wi-Fi ac, NFC, USB 2.0, Bluetooth 4.0 LE and GPS. As a promotional offer, the carrier is offering $200 off on a Tab 2 10.1 tablet on every purchase of the device, which will be available in color options of dive blue and urban grey. The limited-time deal ends on September 12, 2013. 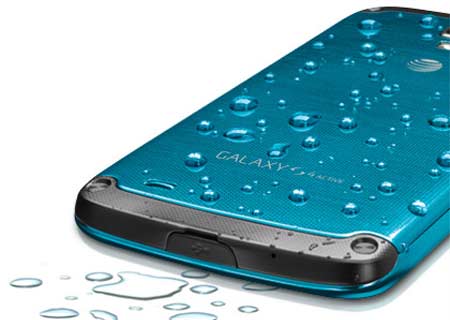 The Galaxy S4 Active will be released through AT&T online and retail stores starting June 21. Pre-orders for the smartphone have commenced at a price of $199.99 and it is expected to ship on the 18th. Apart from a 2-year contract, the device can also be picked up with a 1-year commitment and a month-to-month subscription for $449.99 and $594.99, respectively.