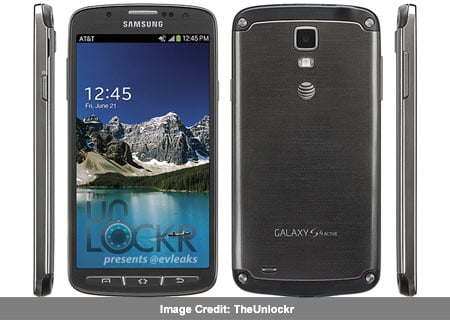 The Samsung Galaxy S4 Active has been spied on once again and the latest revealing has captured the handset running on AT&T and even carrying its branding on the rear. Apart from Sony, the conglomerate also plans on going head to head with Nokia’s PureView technology through a Zoom version of the current flagship.

It looks like waterproofing is soon to be in fashion as a few major manufactures have joined the bandwagon. The trend of having high-end devices with extra rugged form factors and was initially started by Sony which launched the Xperia Z. LG was soon to adopt the same approach by introducing a variant of its Optimus G, the GK.

If this rumor is to be believed, the Korean manufacturer in question will also take on the same strategy by designing its latest smartphone with dust- and water-resistant attributes. We’ve already seen the toughened handset in the flesh when it was leaked back in May. And now, the guys over at TheUnlockr through @evleaks have managed to get their hands on press shots of the smartphone. 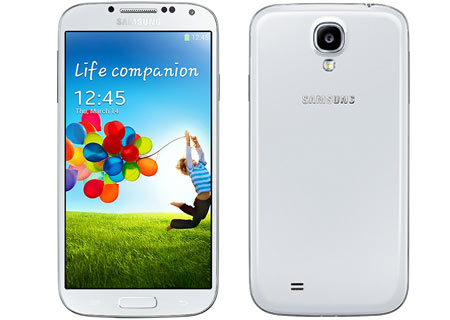 Known by the codename J Active, the handset will carry the SKU SGH-I537 on the carrier. Additionally, it will go on sale in color options of gray and teal. The report also notes that devices such as the SM-G730A Golden which is supposed to be the S3 mini, the SGH-I527 Melius that’s the Mega 6.3, the SGH-I257 Serrano a.k.a the S4 mini, and SGH-I217 Zest are destined to go live through the network provider as well.

Coming to the technical details, the flagship variant will retain the 1080p FHD 5-inch Super AMOLED touchscreen seen in the normal version and it is also expected to arrive powered by the same quad core Snapdragon 600 processor from Qualcomm operating at 1.9GHz. The rear-facing camera, however, will be reduced to 8MP from 13MP. 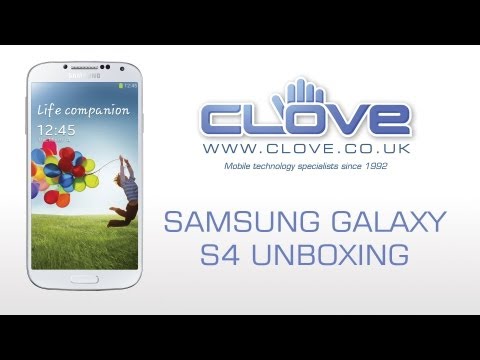 The Samsung Galaxy S4 Active on AT&T is yet to go official, so price and release date details are out of the question for now. However, the leaked image does suggest that the company will announce the phone on June 21.