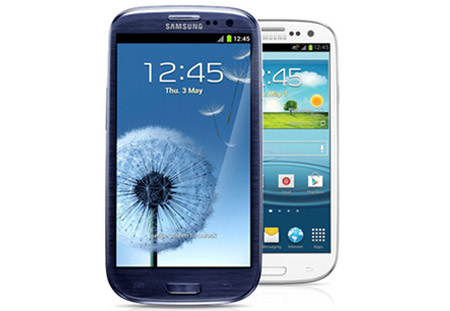 Following a delay due to shortage in supply of the hardware owing to its immense demand in the markets, the AT&T Samsung Galaxy S III has finally made its way to the US. T-Mobile was the first network giant to have doled out the handset, as inventory issues are also being faced by Verizon Wireless and U.S. Cellular, who are yet to start selling the device.

The S III can now be bought via the AT&T’s retail stores as well as its official website. The company had earlier announced that the due to the vast demand for this smartphone, its shipments were being delayed across the globe. Now that it’s been made available, consumers can purchase it in its 16GB version with 2-year and 1-year contracts.

This Ice Cream Sandwich delight from Samsung proffers its buyers with 4G LTE speeds and a host of other features exclusive to it. These include the S Beam technology which enables users to share files, videos, photos and more by simply tapping two devices together. Its rear camera is an 8MP one which has been equipped with LED flash, while the snapper on its front is 1.9MP.

Its body has been embedded with a 4.8-inch Super AMOLEd HD display. A Qualcomm Snapdragon S4 processor and 2GB of RAM is on offer, while usual connectivity options like Bluetooth, HDMI and USB have also been kicked in. The AT&T Samsung Galaxy S III price in the US is stated to be $199.99 with a 2-year contract and $449.99 with a 1-year commitment.