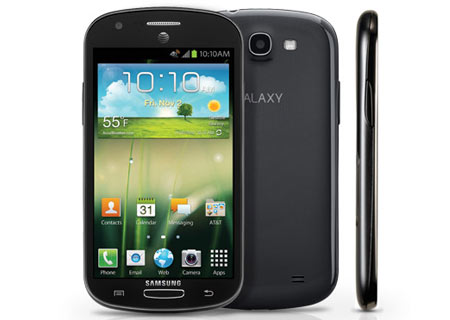 The price and release date for the Samsung Galaxy Express smartphone that’s headed to AT&T have been unveiled. The carrier has also launched the Mobile Hotspot MiFi Liberate which will be available for purchase the very same day the aforementioned handset goes on sale.

The phone was previously unveiled in September along with other Android devices such as the Galaxy Rugby Pro and Galaxy Note II as well as the Galaxy Tab 2 10.1 tablet. According to the carrier, the Galaxy Express is an ideal pick for first-time smartphone users and those migrating to the Android platform. It is fitted with a decent offering of hardware components and a host of features from Samsung.

Being exclusive to AT&T, the phone operates on Google’s Android Ice Cream Sandwich platform. Visuals of the OS are delivered through a Super AMOLED Plus touch panel that measures 4.5 inches wide. Powering it up is a dual core processor with a clock speed of 1.5GHz and 2000mAh battery. The handset is also equipped with a rear-facing 5MP camera to snap up images and record videos that can be conveniently shared with others online or over S Beam that was launched with the Galaxy S3. What’s more, users will have access to the carrier’s 4G LTE network and when they’re out of coverage range, the network provider also has an HSPA+ network at its disposal.

The Mobile Hotspot MiFi Liberate is developed by Novatel Wireless and it operates on the carrier’s 4G network. The gadget is said to be the first of its kind to incorporate a touchscreen. This panel measures 2.8 inches and it provides users with access to various settings. It also lets them check data usage, manage connections and change the network. In addition to 4G LTE speeds and 11 hours of battery life, it comes with DLNA certification for media streaming between 10 Wi-Fi-enabled devices. 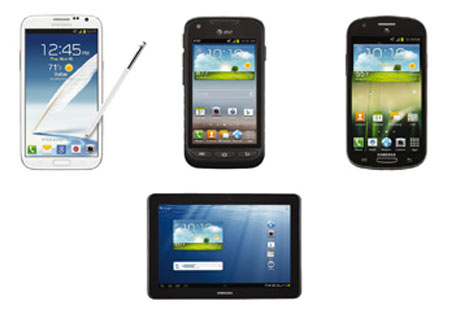 The Samsung Galaxy Express will be available for purchase through AT&T on November 16, 2012, for $99.99 with a 2-year agreement. The carrier is also offering a limited time promotional package where each customer that picks up a Samsung Galaxy smartphone will be entitled to a $100 off on a second device from the South Korean conglomerate. The Mobile Hotspot MiFi Liberate will hit stores on the same day as the aforementioned handset. It will be up for grabs at $49.99 with a 2-year service contract.