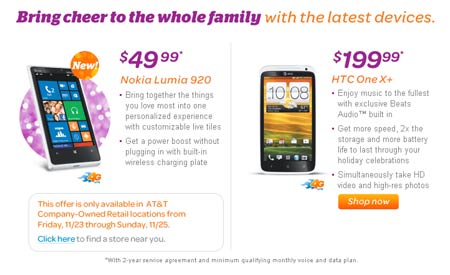 The Nokia Lumia 920 is soon to have its price cut in half on AT&T for a period of 3 days starting from this Friday till Sunday the 25th. Just to be clear, the promotional offer is only available through the carrier’s own retail stores in the US.

The Lumia 920 made its debut on AT&T as an exclusive launch. The Lumia 820 was also introduced with the device in question and variants of it have gone live through various other carriers. The current retail cost of the former smartphone is $99.99. For that value, customers can get a bite of Microsoft’s latest OS, the PureView technology and various other features from the Finish manufacturer such as Nokia-exclusive applications like Maps, Drive, Transit and much more. 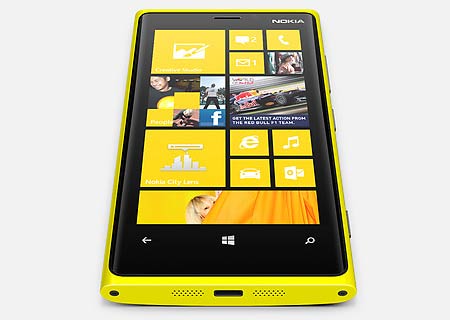 The carrier is also putting the Jawbone Jambox Bluetooth speaker up for grabs at a discounted rate of $129.99. This system features a grill design with options comprising of diamond, dot, hex and wave pattern styles. It houses a built-in Li-ion battery and can deliver approximately 10 hours of continuous playback on a single charge. The offer will be valid this Friday and Saturday only. Recently, AT&T announced that it will be providing a $100 discount on every tablet purchase made online or via select retailers on a condition that customers will have to sign on the dotted line for a 2-year contract.

The Nokia Lumia 920 will carry a $49.99 retail tag starting November 23 to the 25th via AT&T retail stores in the US, notes a report on WMPoweruser. Those picking up the smartphone with the promotional offer will also have to sign up for a new 2-year service agreement and choose a qualifying monthly voice and data plan. Additionally, the carrier states that various exclusive online deals for devices and accessories will be available from Black Friday to Cyber Month. 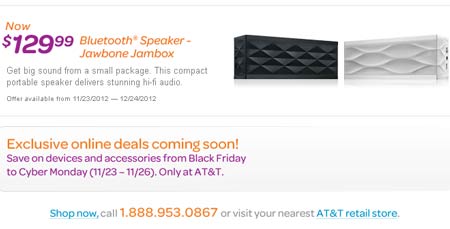