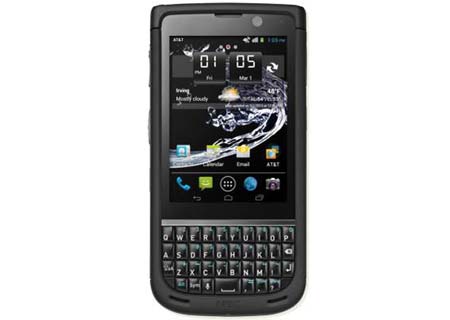 AT&T has announced the NEC Terrain release date which is the same day that the QWERTY-equipped BlackBerry Q10 goes on sale. This smartphone from NEC is aimed towards business customers with (EPTT) Push-to-Talk communication, 4G LTE support and Android 4.0.

The NEC Terrain is a ruggedized addition to the carrier’s portfolio which includes the recently launched Galaxy S4 Active and the Galaxy Ruby Pro handsets. Like the latest BlackBerry smartphone, this device touts a 4-row QWERTY keyboard for quick text input and just above it is a touchscreen that’s 3.1 inches wide proffering high resolution visuals, or so states the carrier.

There aren’t any details about the weight and dimensions of the NEC Terrain. However, the company does mention that it’s designed to take on a beating even in harsh working conditions. The body is basically water- and dust-proof. The overall construction meets MIL-810G military standards for shock distribution and there’s a scratch-resistant coating of Gorilla Glass on the front. The device sports a dedicated Enhanced PTT key and earSmart technology that’s accompanied by dual speakers with echo cancellation as well as noise suppression. 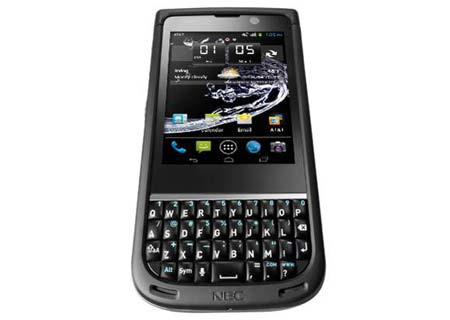 With Ice Cream Sandwich running the show, the phone does miss out on various features found in version 4.2 that could be viable for business users, like Google Now and the butter enhancements amongst others. Coming to the technical details of the NEC Terrain, the handset is fitted with a dual core Snapdragon S4 processor which operates at 1.5GHz. Storage needs are taken care of by 8GB of internal memory and a microSD card slot that supports up to 32GB. Users will be able to employ the 5MP rear camera and 0.3MP front snapper for recording videos and capturing images.

The ruggedized Terrain smartphone will be released in the US through AT&T on June 21. It will be available for $99.99 with a two-year agreement.