Those hoping to pick up for themselves an AT&T model of the Motorola Moto X won’t have to cool their heels long, for the release date of this variant has been marked down by the carrier for August 23. It will be made available in its basic woven white and woven black models, while shipments of its customized Moto Maker variants will also be starting on the same date. The AT&T website will be offering detailed Moto Maker options, while interested parties will also be able to visit select outlets of the carrier to have a look at the device’s physical color samples.

The Motorola Moto X will be released by AT&T in both its 16GB as well as 32GB forms. While the former will go for $199.99, the latter will have its price set at $249.99, with two-year agreements of course. Using AT&T Next, patrons will also be able to grab the handset’s 16GB variant at $27 per month and its 32GB model at $32 per month. Early access to the phone will be granted from August 19 onward to some of the lucky folks who registered on the carrier’s website. 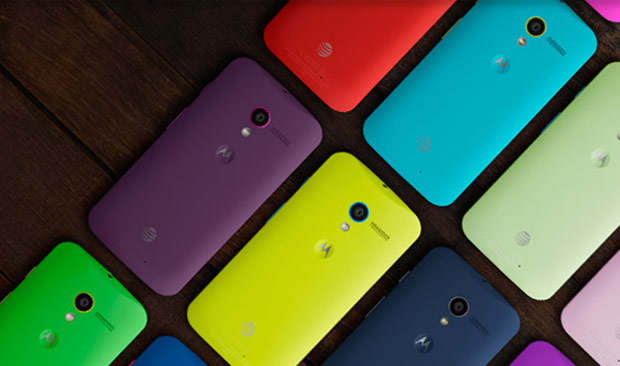 Flaunting a 4.7-inch HD AMOLED display on its front, the Motorola Moto X runs on a dual core Qualcomm Snapdragon S4 Pro processor clocked at 1.7GHz. 2GB worth of RAM, a 10MP Clear Pixel rear camera and 2MP front webcam are some of its other significant specifications. But the device’s main highlights definitely are its Android 4.2.2 accompaniments which include hands free Google Now, convenient display of notifications and more.

Apart from the US, the Motorola Moto X will also be sold in Latin America and Canada, but there’s still no word about its arrival in regions other than these.