AT&T Mobile TV with FLO Service coming in May 2008 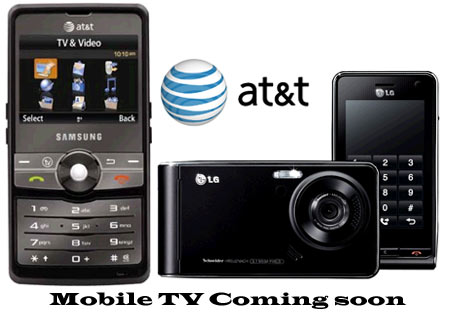 AT&T together with MediaFLO have announced the launch of AT&T Mobile TV with FLO mobile television service. This mobile TV service offers high quality live programming and is expected to be launched on just two of Samsung’s handsets initially.

The AT&T Mobile TV service also features two exclusive channels, the details of which will be announced shortly.

“We are thrilled to team with MediaFLO USA to offer our customers an unmatched mobile entertainment experience that is changing the way we all look at TV,” said Mark Collins, vice president of Consumer Data for AT&T’s wireless unit.

The two exclusive devices that will be compatible with the AT&T Mobile TV service are the LG Vu and Samsung Access mobile phones.

LG Vu is a sleek mobile phone whose large touch screen offers a clear view of TV, Web, pictures and videos. Other features of this phone include a 2.0 mega pixel camera, music player and Bluetooth 2.0 capabilities.

The Samsung Access mobile phone is a stylish handset that sports a large landscape display which will be ideal for viewing videos. It also features an internal antenna, offering exceptional reception. Additional features of this phone include a camera, external stereo speakers, stereo Bluetooth, AT&T Music and AT&T Mobile TV.

The AT&T Mobile TV with FLO service is expected to be launched in May 2008 on the above mentioned mobile phones.