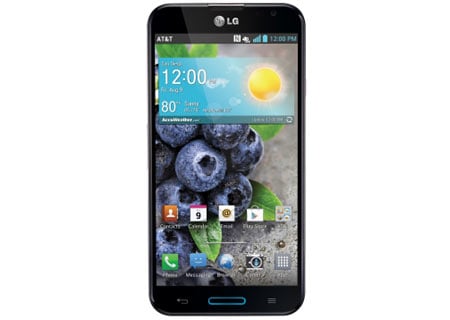 AT&T and LG have finally brought the Optimus G Pro into the US, making it exclusive for the carrier just like its predecessor, and there’s even a $199.99 price in tow. The handset is accompanied by a two-year service agreement and it is expected to hit retail stores starting May 10.

The device’s main competitors include the Note 2 which carries a large screen as well, and the recently launched Galaxy S4 that possesses highly similar hardware components and features. For those who haven’t guessed by now, the AT&T LG Optimus G Pro is the 5.5-inch version instead of the 5-inch one that was initially announced for Japan. The panel employed here is designed with IPS technology and it proffers a resolution of 1920 x 1080p with a pixel density of 400ppi. 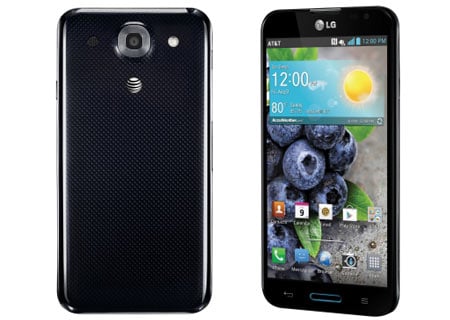 Both, the 13MP rear and 2.1MP front snappers are capable of recording videos in 1080p FHD. Hidden within its 0.37-inch thick form factor is a quad core Snapdragon 600 processor that operates at 1.7GHz. Catering to memory needs is 32GB of integrated flash storage and a microSD card slot that can take on up to 64GB. A large 3,140mAh battery is fitted to deliver around 15.5 hours of talktime or 24 days of standby.

Unlike the latest Samsung flagship, the Optimus G Pro runs on the Android 4.1.2 Jelly Bean platform. However, both devices come with similar capabilities. The latter employs the QSlide 2.0 tool for enhanced multitasking which allows users to conveniently run 2 apps simultaneously in full screen. Dual Recording enables video capture through the front and rear cameras at the same time, while QuickRemote acts as a universal controller for operating compatible TVs, Blu-Ray players and set-top boxes amongst others. Other features include Audio Zoom, Dual Screen Dual Play, VuTalk, QuickMemo and more.

Starting tomorrow, potential buyers in the US will be able to pre-order the Optimus G Pro through att.com/optimusgpro. Those who pre-book the device will be entitled to a free Quick Cover black folio case. 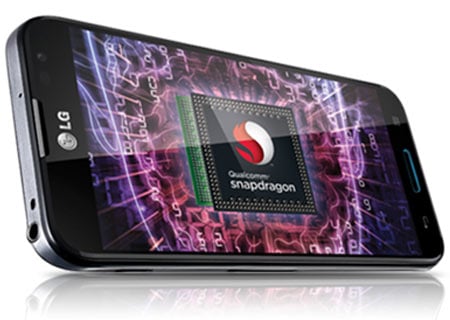 Below are the handset’s key specifications: