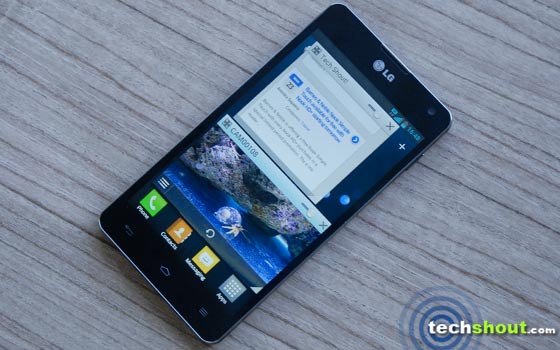 AT&T has a special new offer on the LG Optimus G Pro and Optimus G phones. The former is being peddled at $99, while the latter sells for $49 currently, meaning there’s no time like the present to be laying hands on them.

At the time of release both phones were pegged at $199.99 on two-year contracts. Sales of the LG Optimus G Pro kicked off in early May, while its predecessor made its way to the carrier in November 2012. The prices we’ve mentioned above are clubbed with two-year customer contracts.

The deal ends on July 25, says the network operator. Those who’re not sure about being able to stay faithful to the LG Optimus G Pro or its older brother for more than a year will have to pony up much more for the devices. The newer handset is tagged at $349.99 and the other can be picked up for $299.99 on year-long agreements.

The LG Optimus G Pro is yet another Galaxy Note aspirant catering to the phablet segment with its 5.5-inch 1080p touchscreen. It is powered by a 1.7GHz quad core Snapdragon processor and 2GB of RAM. The 3140mAh battery powering it is claimed to be capable of keeping users away from the wall charger for over 15 hours (in terms of talk time).

There is a 2.1MP camera on the front panel and a 13MP one on the rear. Apart from the usual effects dressing up the phone’s photography capabilities, there’s also an option to view and record what both cameras see on the same screen. Jelly Bean, 4G LTE support, 32GB internal hoarding space and 64GB microSD card expandability are amongst the key specs.

As for the LG Optimus G, it sports a 4.7-inch touch display and gets its steam from a 1.5GHz quad core chip. It leans on Jelly Bean, 2GB of RAM and a 2100mAh battery to take it through the various tasks users throw at it. It’s a pretty sturdy device that got a 9 out of 10 rating from us. Its main specifications also include an 8MP camera, a 1.3MP front lens, 32GB storage and so on.

Well, July 25 is far away. So there’s plenty of time to consider the LG Optimus G Pro or its predecessor perhaps.