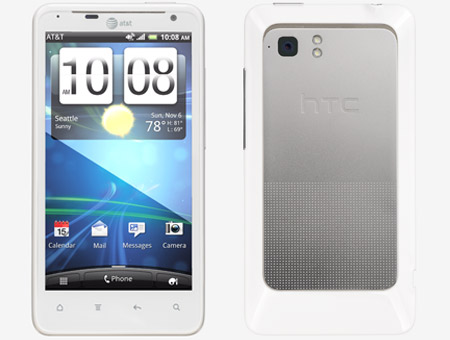 AT&T HTC Vivid users should save themselves from the envy of other customers who won’t be able to download the Ice Cream Sandwich update as yet. While the carrier has already revealed the availability of Android 4.0 for owners of the said HTC phone, several other devices in its portfolio have been lined up for the upgrade.

But the only problem is that the software update for the rest is only expected to arrive ‘in the coming months’ as opposed to ‘now,’ for Vivid users. At any rate, Motorola Atrix 2/4G, Samsung Galaxy Note, Galaxy S II, Galaxy Tab 8.9 and Galaxy S II Skyrocket wielders are all scheduled to receive an ICS refresh in the near future. In the mean time, LG Nitro, Pantech Burst and Pantech Element owners need not look disappointed either, since AT&T is also queuing up these smartphones for a scoop of ICS.

Any Vivid-toting AT&T customer who wasn’t aware of the roll-out will probably know about it by now, considering that SMS notifications announcing the availability are supposed to be winging their way to the concerned handsets. Coming to the OS, the features that are part of Android 4.0 should allow users to navigate through the interface even more conveniently. Additionally, the typeface is said to have received a revamp so that the whole experience doesn’t appear shoddy on high resolution screens. 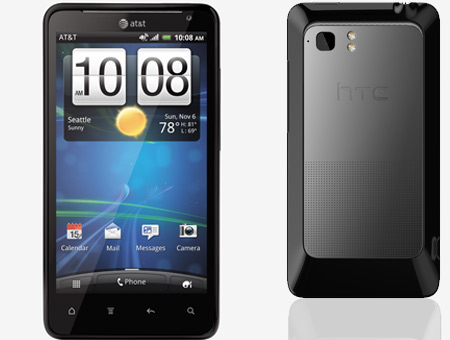 Speaking strictly in terms of the benefits to HTC loyalists, the introductions cover Beats By Dr. Dre Audio and Face Unlock. The first mentioned is meant to improve the music and video playback capabilities of the AT&T HTC Vivid with ICS. So whether music is played through the installed media player or third-party apps, the enhanced audio should be worth listening to. Another highlight is the convenient screen-lock option which lets people unlock the device by simply offering their mug in front of the display.

AT&T HTC Vivid owners can avail of the Ice Cream Sandwich update over Wi-Fi, by visiting the AT&T page for the same. For those who can’t access Wi-Fi, the upgrade may be downloaded to a PC and installed via sideload.