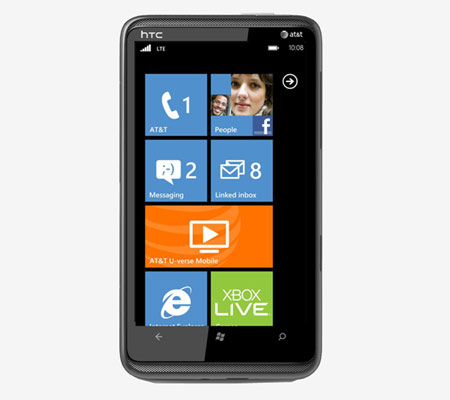 The new Lumia 900 handset is supposed to have found a partner by the name of the AT&T HTC Titan II, to share its release date. Both these Mango devices are expected to hit shelves through the aforementioned network carrier on April 8.

The Titan II shows off a 4.7-inch super LCD capacitive touchscreen which displays images in a resolution of 480 x 800p. Considered to be a high-end mobile phone with the latest OS from Microsoft, this one has been embedded with a 16MP camera with auto focus and dual LED flash. This is accompanied by a 1.3MP front facing snapper. On the other hand, the 900 is incorporated with an 8MP camera with Carl Zeiss lens. For avid photographers, it can be a considerable factor when making a choice between the two.

While the Nokia smartphone has been formally announced by AT&T, there is no official word yet about the other one in question. However, a recent report by CNET confirmed that the company will be releasing the two Windows Phone gadgets on the same day. The new handset is a successor of the original HTC Titan which was seen making its debut last year along with the Radar.

The HTC phone has been affixed with a 1.5GHz Qualcomm QSD 8055 processor as well as 512MB RAM, apart from 16GB of flash memory. It will operate on AT&T’s 4G LTE network. The Lumia 900 has been priced with a pretty affordable $100 price label, while the Titan II will set users back by about $100 more.

No concrete details about the AT&T HTC Titan II price have been declared yet. However, speculations suggest that it should retail for nearly $199.99.