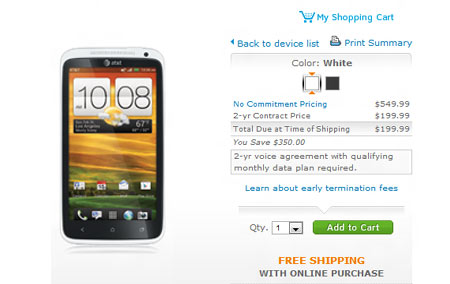 Talking about a certain Taiwan-based manufacturer’s flagship Android phone, the HTC One X price and availability details for AT&T have been detailed out. The handset has now gone live and it can be purchased in the US for a little under $200 through the wireless carrier, or for $149.99 from Amazon.

Besides carrying the title of being AT&T’s first Android smartphone to pack in the Ice Cream Sandwich OS, the device will also house the Beats Audio enhancement. For performance, it wraps in a dual core 1.5GHz Qualcomm Snapdragon S4 processor, 1GB of RAM and 4G LTE connectivity. In addition to the 4.7-inch HD Super LCD touchscreen with resolutions of 720 x 1280 pixels, the handset is equipped with a Corning Gorilla Glass protective coating. 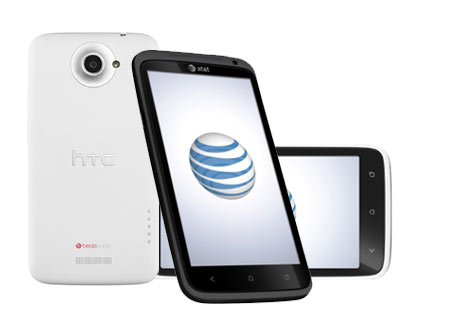 There’s also an 8MP camera that’s accompanied by the ImageSense attribute, a 28mm f/2.0 lens and dual-LED flash. Users will be able to capture footage in 1080p HD resolutions at 60fps, while the front-facing 1.3MP snapper caters to video calling and chatting purposes. The handset should come pre-loaded with a host of applications such as the HTC Watch, Facebook, Twitter, YouTube HD, Google Maps, Amazon Kindle and TuneIn Radio as well as carrier specific ones including the AT&T Navigator, AT&T FamilyMap, AT&T U-verse Live TV, AT&T Code Scanner and myAT&T.

The AT&T HTC One X price and availability details state that the smartphone carries a tag of $199.99 along with a 2-year voice agreement and a qualifying monthly data plan. The contract-free price for the handset amounts to $549.99 and it can be picked up through the carrier’s website or Amazon, as previously noted.