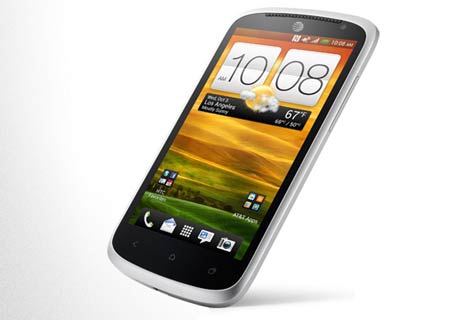 The HTC One X+ and One VX smartphones have arrived on AT&T and so have their price details, owing to which interested buyers can head over the carrier’s retail stores to grab themselves a unit or two. Both devices are powered by the Android platform and the former one caters to the high-end segment, while the latter aims to fulfill the needs of the budget minded.

Launch details for these devices were unveiled a week ago and pre-orders were slated to commence back on November 16. The One X+ is the beefed up version of the company’s previous flagship phone, the One X. The newer iteration has an enhanced processor, an Nvidia Tegra 3 quad core SOC with 1.7GHz clock speeds to be precise. Accompanying the CPU is 1GB of RAM and 64GB of built-in storage. Visuals are delivered through a 4.7-inch super LCD 2 touchscreen which portrays a 720p HD resolution. 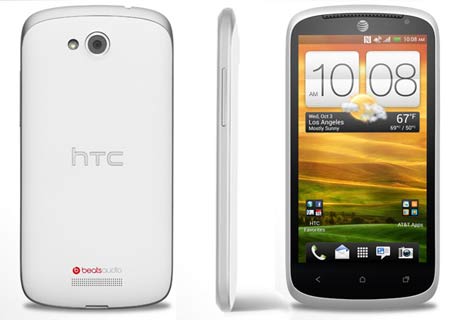 Also fitted within dimension of 134.36mm x 69.9mm x 8.9mm is an 8MP rear camera that’s accompanied by a BSI sensor, an f2.0 aperture, a 28mm lens and an LED flash. There’s even a 1.6MP front-facing snapper with a dedicated HTC ImageChip. Both shooters tag along the VideoPic attribute which enables simultaneous video as well as image capture. This phone comes with connectivity features such as GPS with GLONASS, NFC, Bluetooth 4.0, DLNA and Wi-Fi IEEE 802.11 a/b/g/n.

Coming to the One VX, it caters to the cost-effecient segment. This handset is powered by the Android Ice Cream Sandwich platform. However, the company states that an update to Jelly Bean with HTC Sense 4+ is in the works. The front features a 4.5-inch qHD display with a scratch-resistant Corning Gorilla Glass coating, while the rear flaunts a 5MP camera with ImageSense enabling users to capture videos in 1080p HD. In addition to being NFC-ready, the device comes with a microSD card slot supporting up to 32GB. 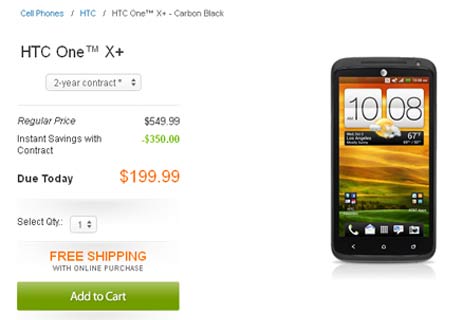 The HTC One X+ carries $199.99 tag with a 2-year contract from AT&T. Potential buyers can also purchase the device on a 1-year agreement for $449.99 or off-contract at $549.99 with a month-to-month subscription. The cost-effective One VX is available only through the carrier’s retail stores for $49.99 with a 2-year service agreement. Customers will have to apply for a monthly voice and data plan as well for both handsets.