AT&T HTC First soon to be discontinued, according to report 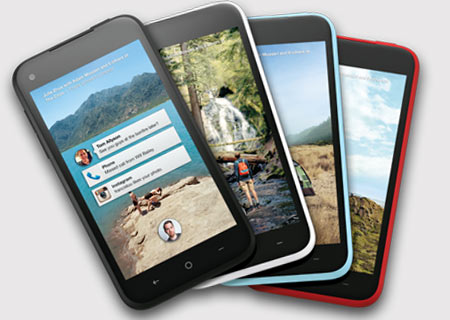 The once highly speculated and even anticipated HTC First smartphone is about to hit a dead end on AT&T as a report states that the device will soon reach EOL (End of Life) status with the carrier. The reason behind the handset’s short lifespan seems to be a result of low consumer demand. To put it in another way, the device doesn’t seem to be a hit amongst Android buyers.

This latest tidbit comes through BGR that reports based on details provided by a source at AT&T. The first signs of struggle by the Facebook phone were noticed last week when the carrier dropped the on-contract price down to $0.99 from $99.99. The move was carried out in efforts to boost sales which were apparently way below the company’s and the providers’ expectation. During this period, the report notes that under 15,000 units we’re sold nationwide. 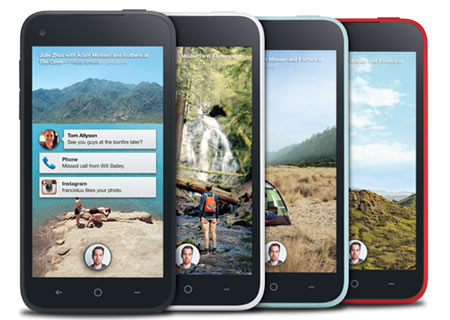 The inventory which is pending will be returned back to the Taiwanese manufacturer. There’s no concrete figure available as to how many units are still remaining. However, that can only be done once the company’s in-store display contract expires with the carrier. The smartphone in question is the first to come with the Facebook Home launcher pre-loaded. But it’s the second handset that has been designed through collaboration between the SNS and the Taiwanese manufacturer, with the initial one being the Chacha that’s also known as the Status in the US.

The smartphone runs on the Android Jelly bean platform with a modified launcher, of course. Dubbed as Facebook Home, the UI is even up for download through the Google Play store for free, albeit the list of supported devices is currently scarce. The handset is bundled with 16GB of storage, 1GB of RAM, a dual core Qualcomm processor and a 4.3-inch 720p HD display.

The HTC First is also available through AT&T with a 1-year contract for $250.99 or on a month-to-month subscription for $350.99. It can be picked up in colors of black, white, red and pale blue. There’s no exact date given as to when the carrier plans on discontinuing the smartphone. 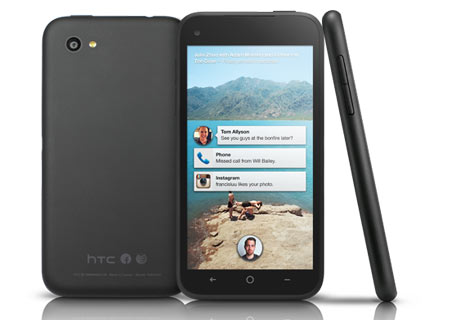