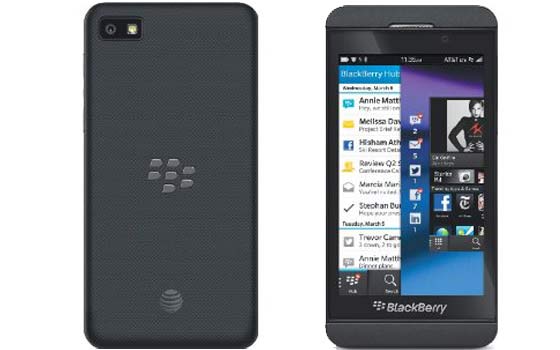 The BlackBerry Z10 which was initially launched on AT&T for $199.99 and then dropped down to $99.99 has received yet another price cut to make the device even more affordable. Being the flagship BlackBerry 10 handset (read our review), the device is being offered at a 50% discounted on-contract price through Best Buy and Amazon.

The BlackBerry Z10 along with the 2 QWERTY offerings have been the company’s saving grace in the smartphone race. The device is a full touch handset that offers a completely new experience compared to previous editions of the BB platform. But yet, it looks like sales haven’t been all that promising against competing devices running on Android and iOS, and retailers such as the ones mentioned above are trying to push the handset at more affordable amounts.

For a quick refresher, the BlackBerry Z10 employs a 4.2-inch 1280 x 768p touchscreen with a 356ppi pixel density. The device is powered by a 1.5GHz dual core Qualcomm MSM8960 processor backed by 2GB of RAM. On the inside, there’s 16GB of storage, a microSD card slot and an 1800mAh battery. Dual cameras are also present, an 8MP rear-facing one as well as a 2MP front-facing webcam.

In other news, a new full-touch companion for the phone has been under speculation. Going by the name of A10, the smartphone has the largest display in the series which measures 5-inches wide. And while the mobile ecosystem is migrating to 1080p panels, this upcoming BB handset will still proffer a 720p resolution through a Super AMOLED screen. Apart from this, we’ve learnt that it will carry 2GB of RAM and operate on version 10.2 of the operating system.

CrackBerry notes that those interested in picking up the Z10 through AT&T can avail the smartphone for $49.99 through Best Buy and Amazon. The price through the carrier remains the same at $99.99 along with other providers in the US.