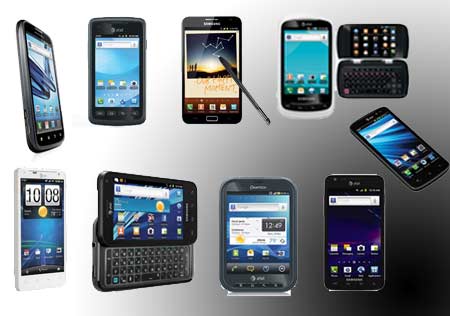 This pick of the best AT&T Android phones should not come as a surprise considering that a significant number of users are choosing the Google OS over its counterparts. So if you’re an AT&T loyalist and utterly confused over which Android puppy to pocket, you’ll be thanking us for jotting down the following roster. Glance through it to take your pick. 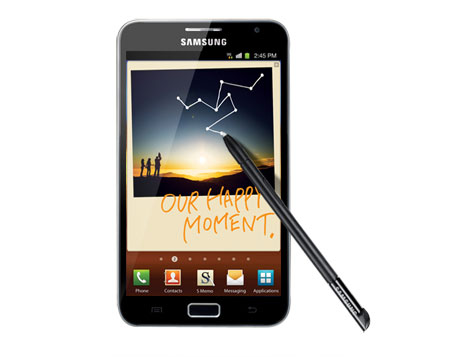 Many will agree that the Samsung Galaxy Note is one of the few convenient options in the market, which serves the purpose of a smartphone as well as a tablet. The 5.3-inch tablet-smartphone hybrid is fueled by a 1.5GHz dual core processor and extends support to the 4G LTE network speed from the carrier. 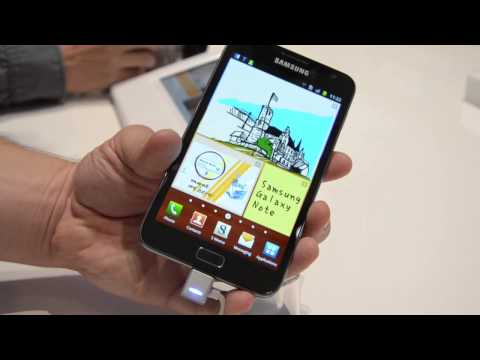 The accompanying S Pen stylus adds to the input flexibility, while the 8MP camera lets you capture high definition pictures and videos. It will set you back by $299.99 along with a two year contract. 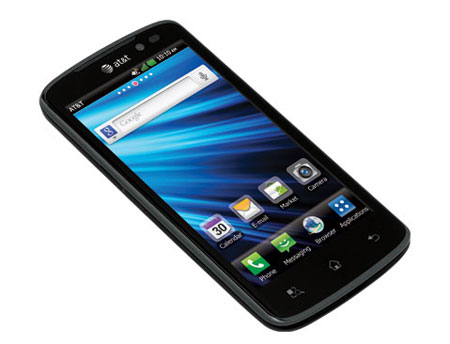 One of the latest additions to the Android phones portfolio is the LG Nitro HD, which claims to bring pictures to life through the 4.5-inch high resolution HD multi-touch display. Along with seamless multitasking through a 1.5GHz dual core processor, the device promises faster web access through 4G LTE network support. 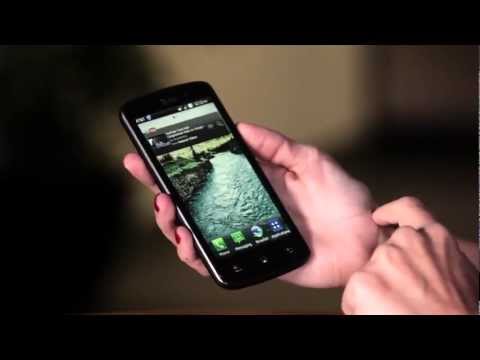 Some other features include an 8MP camera, 1.3MP webcam, memory card slot and A/V player amongst others. It can be picked up for $99.99 and requires a two-year user agreement. 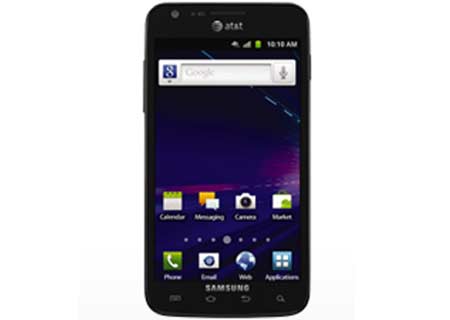 Next up is the Galaxy S II Skyrocket from Samsung, another Gingerbread based handset that flaunts a 4.5-inch Super AMOLED Plus multi-touch display. Drenched in shades of black and white, the device which runs a 1.5GHz processor is capable of offering an enhanced internet browsing experience, thanks to the 4G LTE connectivity. The multimedia-ready device not only lets you capture memories via its 8MP rear facing camera, but also permits you to engage in video conferencing using the 2MP webcam. It will cost you $199.99, if you agree to sign the dotted line for a two-year contract. 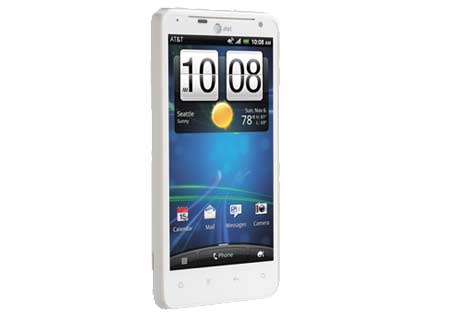 Next up on the Android phones roster is the HTC Vivid, which also forms a part of the carrier’s 4G LTE lineup. It is integrated with a 1.2GHz dual core processor and the front panel is dominated by a 4.5-inch qHD LCD LED backlit display of 540 x 960p resolutions. 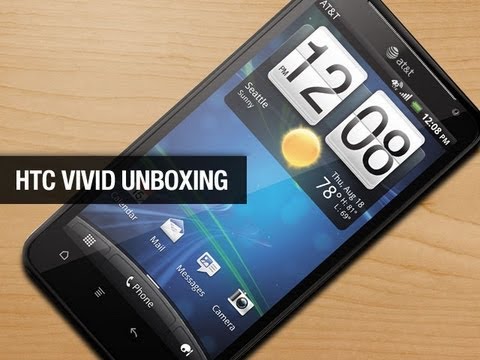 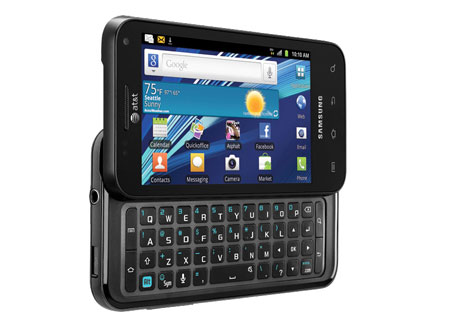 If you think a touchscreen is not exactly your cup of tea, AT&T stocks up on devices to suit your needs too. The Samsung Captivate Glide meant for power texters, features a physical QWERTY keypad that slides out from behind the 4-inch multi-touch display. 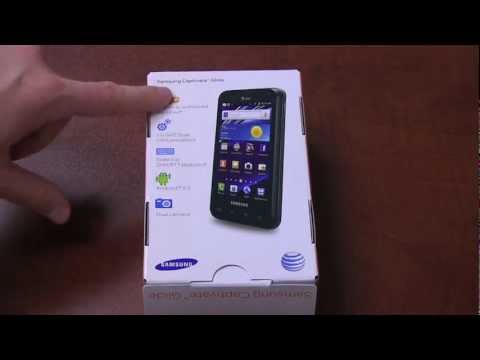 Besides multiple input options, the handset boasts of a 1GHz dual core processor, 4G network speed, an 8MP camera, a 1.3MP webcam and an MP3 player amongst others attributes. You can grab this handset for $149.99 after committing to the carrier for two years. 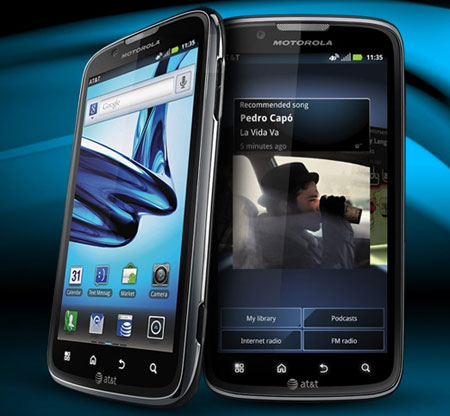 Taking our array of Android phones further is the Motorola Atrix 2, that should not break the bank, while offering most sought-after features. Running a dual core processor, the 4G enabled device dons a 4.3-inch multi-touch display and boasts of an 8MP camera.

You will also find a front facing webcam along with an expansion slot for a memory card of up to 32GB capacity. It can be yours for a modest price of $99.99, with a contract spanning two years. 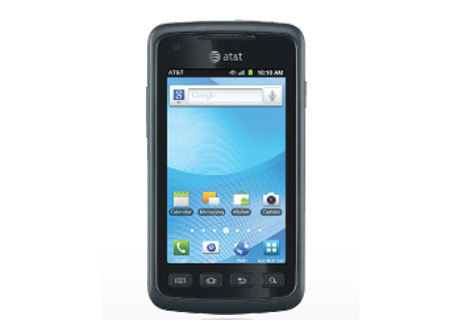 This gray colored Gingerbread chunk is an option to consider if you wish to own a device that is rugged enough to endure shocks, dust and spills. This Samsung contender compatible with the 4G network speed, wears a 3.7-inch WVGA Super AMOLED touchscreen display and comes equipped with dual cameras.

Its 4GB internal memory can be expanded with the assistance of a microSD card of up to 32GB capacity. You can lay hands on the device for $99.99. It requires a two-year voice agreement and qualifying data plans. 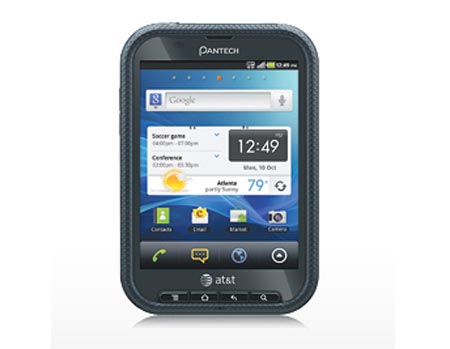 Another pocket-friendly device that we think deserves to be a part of this assortment of devices is the Pantech Pocket, a 4G enabled Gingerbread handset splashed in a shade of shadow gray. Its 4-inch SVGA touchscreen of 600 x 800p resolutions, displays a virtual QWERTY keypad featuring predictive input for faster texting.

Although it is devoid of a front facing webcam, the handset is embedded with a 5MP rear facing imager. Moreover, if you commit to AT&T for two years, the device will be yours, free of charge. 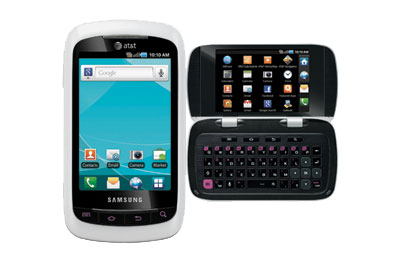 And lastly, the Samsung DoubleTime is the way to go if an affordable price tag, stylish looks and easy texting are some of the features on your wishlist. This Froyo based device boasts of dual multi-touch screens along with a physical QWERTY keypad and a good option to keep in touch with friends via the integrated social networking applications. 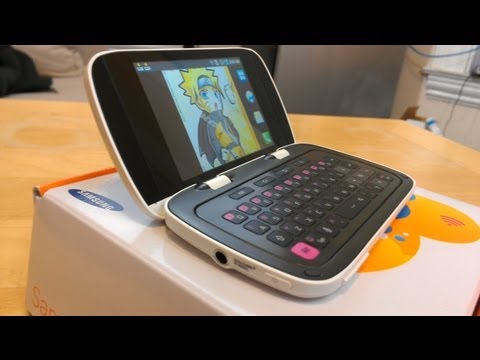 The device’s specifications include a 3.2-inch display, 3.2MP primary camera, HTML browser and more. It can be purchased along with a two-year agreement for a price of $49.99.

It looks like we’re done with a pretty comprehensive list of AT&T Android phones which should help you choose the perfect device. Do let us know which one of these handsets seems apt for you.