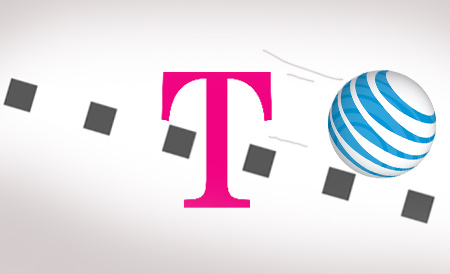 The ball had started rolling already, albeit while hitting a lot of bumps and now word is out that the AT&T and T-Mobile merger won’t emerge. It’s all official and the T-Mobile acquisition process which began in March of this year has come to a grinding halt.

But it’s not just AT&T’s loss, or so the carrier seems to believe. The company claims that the merger which could-have-been offered the capacity to render a provisional solution to the spectrum shortage. In its statement released to the press about the deal being canceled, the need to free up unused Qualcomm spectrum presently pending before the FCC has also been highlighted.

“AT&T will continue to be aggressive in leading the mobile Internet revolution. Over the past four years we have invested more in our networks than any other U.S. company. As a result, today we deliver best-in-class mobile broadband speeds – connecting smartphones, tablets and emerging devices at a record pace – and we are well under way with our nationwide 4G LTE deployment,” stated Randall Stephenson, AT&T chairman and CEO.

The break-up consideration AT&T owes T-Mobile parent company, Deutsche Telekom, will result in the carrier putting aside $4 billion in pretax accounting charges during the fourth quarter of 2011. Apart from this, both parties have also inked a contract over a roaming agreement that is touted to be ‘mutually beneficial’.

So ‘after a thorough review of options’, it’s all over with AT&T and Deutsche Telekom AG agreeing to wipe out any notion of a merger with T-Mobile.