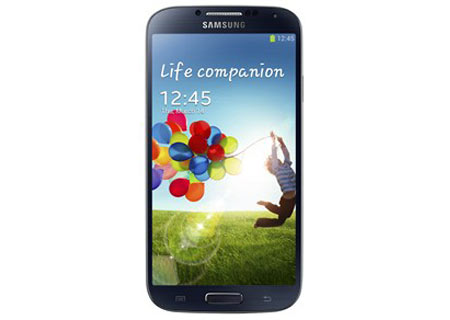 The AT&T 32GB S4 price has been officially announced. The carrier has revealed this information along with a release date of May 10 through its Twitter account.

The Samsung handset with 16GB of memory is already on sale in the US through multiple network providers including the one in question. The higher capacity version positions itself as a good choice for those looking to get their hands on the company’s latest flagship, but aren’t quite willing to deal with low internal memory available in the 16GB variant due to excessive space being occupied by the OS. 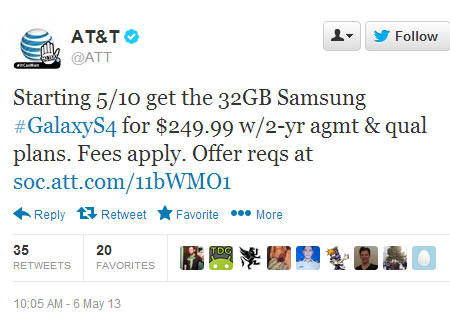 The 32GB Galaxy S4 weighs a total of 130 grams and measures 7.9mm thick. Appearance-wise, there aren’t many changes externally compared to the S3’s design. The front dons a 4.99-inch FHD Super AMOLED screen and a 2MP camera with 1080p recording, while the rear is fixed with a 13MP snapper featuring BIS, LED flash and zero shutter lag. Users will have a host of modes to choose from when clicking images and capturing videos. They include HDR, Dual Shot and Dual Recording, Panorama, 360 Photo and a lot more.

Internally, Samsung has incorporated the latest Qualcomm Snapdragon 600 SOC that possesses 4 Cortex A15 based Krait cores clocked at 1.9GHz and the Adreno 320 graphics. Additionally, the phone delivers 2GB of RAM for smooth operations throughout the Android 4.2.2 platform. There’s a 2,600mAh battery delivering the juice to power up this piece of hardware.

The AT&T 32GB Galaxy S4 will be released through AT&T for $249.99 with a 2-year agreement. AT&T should also be offering it on a month-to-month subscription or a 1-year contract, but the retail amounts haven’t been disclosed as yet. A 64GB option has been in the company’s portfolio since launch, albeit we’re not quite sure if it will be hitting the market anytime soon considering what happened with its high capacity predecessor. 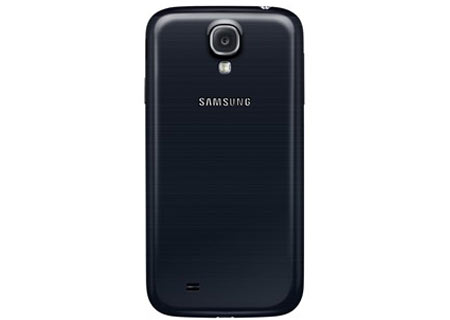