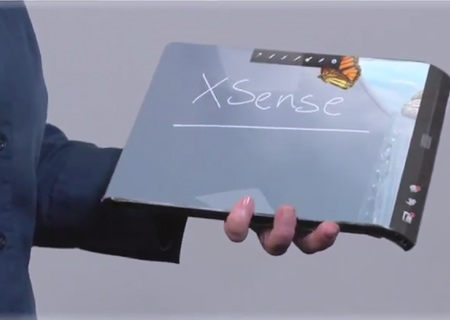 Unlike most concept handsets and bendable devices we’ve already seen, the Atmel XSense touch sensors seem to have a different approach to the future of gadgets. This flexible film-based technology is currently being sampled to selected potential customers, while it’s expected to be commercially available in the third quarter of 2012.

So what can manufacturers do with this technology? According to its maker, the touch sensors could be used to develop smartphones as well as tablets or any sort of touch-enabled gadget in curved and edgeless designs. Furthermore, companies should also be able to create larger devices with lighter form factors and sleeker builds. 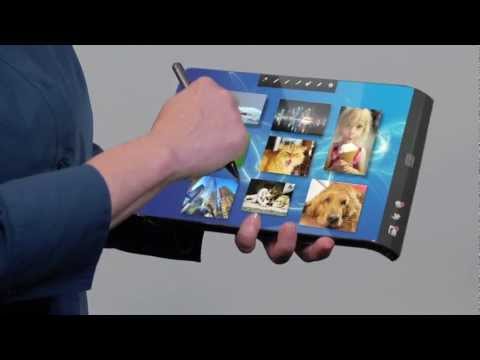 “Our groundbreaking XSense technology transforms the touch experience for users of new smartphones, tablets and other touch-enabled products. XSense launches a new era of touch design, enabling our customers to redefine touch and to create a new class of products that were previously only imaginable. Combined with Atmel maXTouch controllers, Atmel provides a completely optimized, unparalleled touch experience, extending its product portfolio deeper into the touch eco-system,” commented Atmel President and CEO, Steve Laub.

Said to be built based on a proprietary roll-to-roll metal mesh technology, these touch sensors from Atmel could bring in a number of advantages to manufacturers. It’s currently claimed to proffer various attributes such as better touch performance, enhanced noise immunity and low sheet resistance as well as power consumption, compared to other display technologies.

As we’ve already mentioned, the Atmel XSense touch sensors are being sampled to a selected number of potential buyers. The company plans on making this technology available to OEMs sometime during the third quarter of 2012.